After a season away, we’re thrilled to announce that our Milwaukee Record Halftime Shows are coming back! Like previous seasons, the concert series will take place at Cactus Club (with one “away game” at The Cooperage). Also like previous seasons, our friends at Miller High Life will sponsor our football-focused festivities, meaning fans can enjoy “The Champagne Of Beers” and Miller Lite for $2.50 a bottle or $10 for a bucket of five beers all game long.

This season, we’ve assembled a stacked roster of 17 performers that will provide FREE all-ages entertainment during halftime of Green Bay games. Get ready to see the likes of Nile, The Hallelujah Ward, BLOOD, Versio Curs, You Win !!!, Avenues, and many more. This year’s lineup also offers a few unexpected surprises, including an October 17 standup set by comedian/local sports radio personality Ramie Makhlouf, a December 5 “Bye Week Extravaganza” that will feature an extended performance and lots of new material from the Green Day Packers (a novelty band with a very specific concept that’s fronted by Milwaukee Record‘s own Tyler Maas), and a December 19 reunion of Holy Mary Motor Club (the former band of Milwaukee Record‘s own Matt Wild).

After a long time away, live entertainment is back and so is the Milwaukee Record Halftime Show! It’s going to be awesome. And yes, we’ll absolutely be adhering to COVID safety guidelines at Cactus Club and The Cooperage. Here’s the lineup (game times and performers are subject to change): 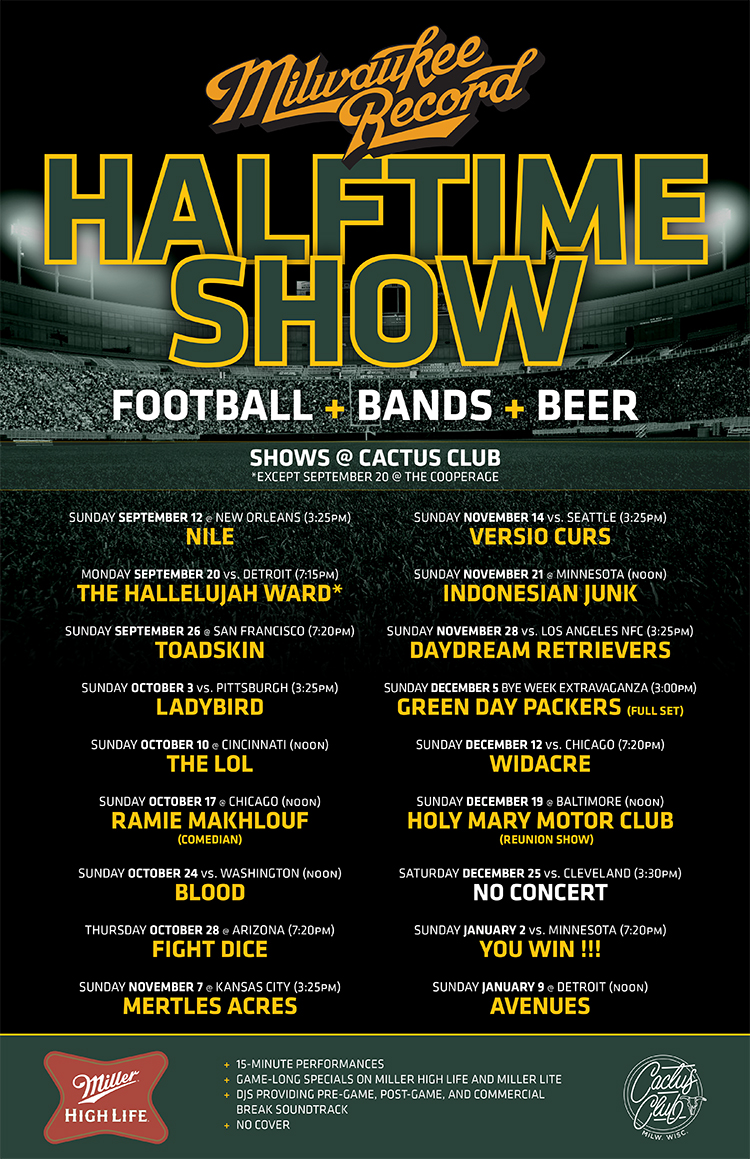