In early 2020, we announced the lineup for our Tuesday Tunes music series at Crafty Cow in Bay View. As you can probably guess, a worldwide pandemic caused us to postpone—and to eventually outright cancel—the series. Since then, we patiently waited for the right time to give metro Milwaukee its weeknight music fix. That time has come.

Starting October 6, Milwaukee Record will bring live music to the new Crafty Cow Tosa (6519 W. North Ave., Wauwatosa). The weekly concert series—now called “Midweek Music”—will feature a total of eight Wednesday night performances from an eclectic array of local artists. There will be no cover for these all-ages shows, which will run from 7 p.m. to 8:30 p.m. The series will begin with Holy Pinto on October 6 and wrap up with Steph Lippert Project on November 24.

If a free weeknight show isn’t already great enough on its own, Crafty Cow Tosa will offer $2 Indeed Brewing Company pints. They’ll also have a “Cheap Date” special, which includes two entrees, an appetizer, and two drinks for just $29. Say hello to fall and spend your Wednesdays with us at Crafty Cow Tosa. Here’s the full lineup: 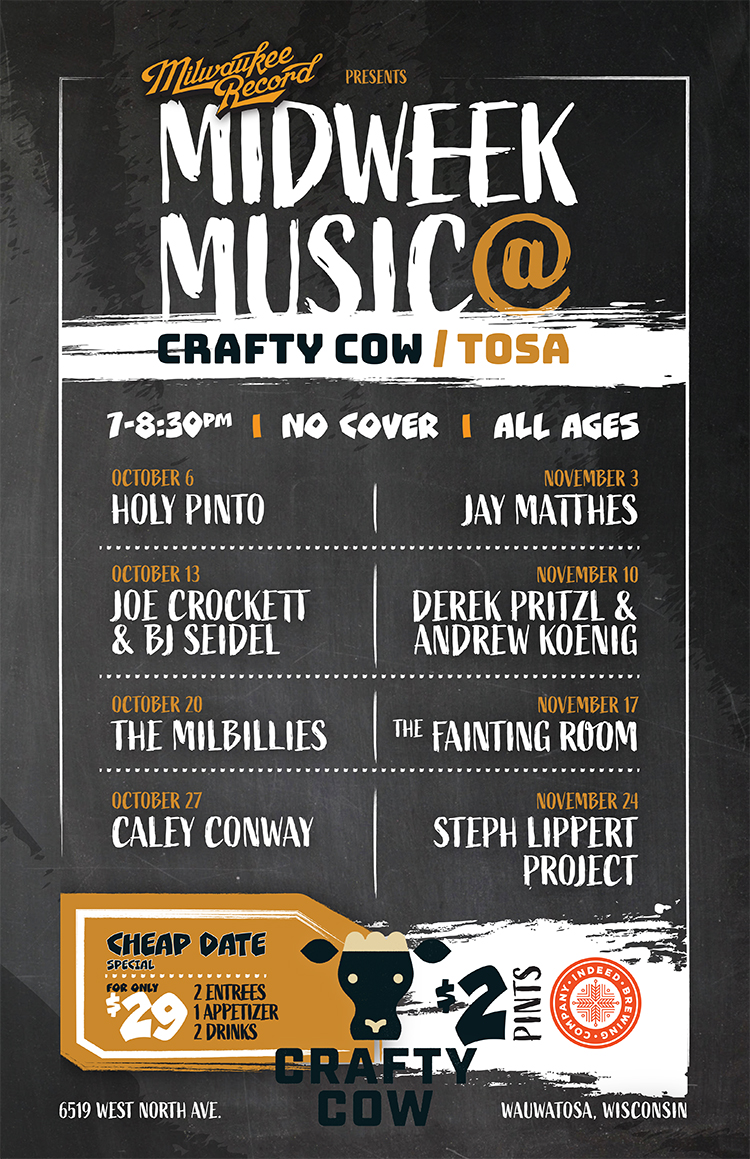