Since being founded by accomplished Milwaukee percussionist (and current Nashville resident) Jon Phillip in 2011, Good Land Records has released dozens of albums, EPs, and 7-inches from a wide variety of Midwestern musicians (including Direct Hit!, Joesph Huber, Brett Newski, Telethon, and Rx Drugs) and other artists from all over the country (such as The Figgs, Limbeck, and Dr. Frank from The Mr. T Experience).

Instead of celebrating a decade as a label last spring, Good Land Records decided to hold off until this year to properly commemorate the milestone. Phillip and Good Land Records co-owner Christopher Johnson have assembled a stacked lineup of label for a pair of “11-Year Anniversary Party” shows, which will take place in two cities over the course of two nights in late April. 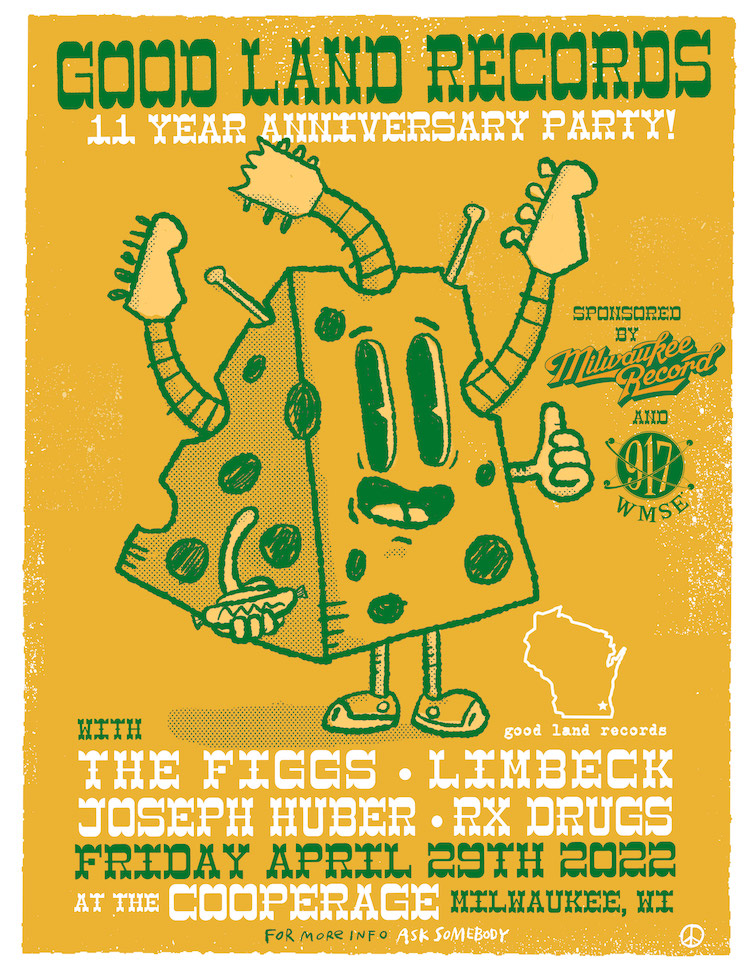 The first show will take place in Milwaukee, with The Figgs, Limbeck, Joseph Huber, and Rx Drugs taking the stage at The Cooperage on Friday, April 29. Tickets to that show are on sale now and can be purchased HERE. 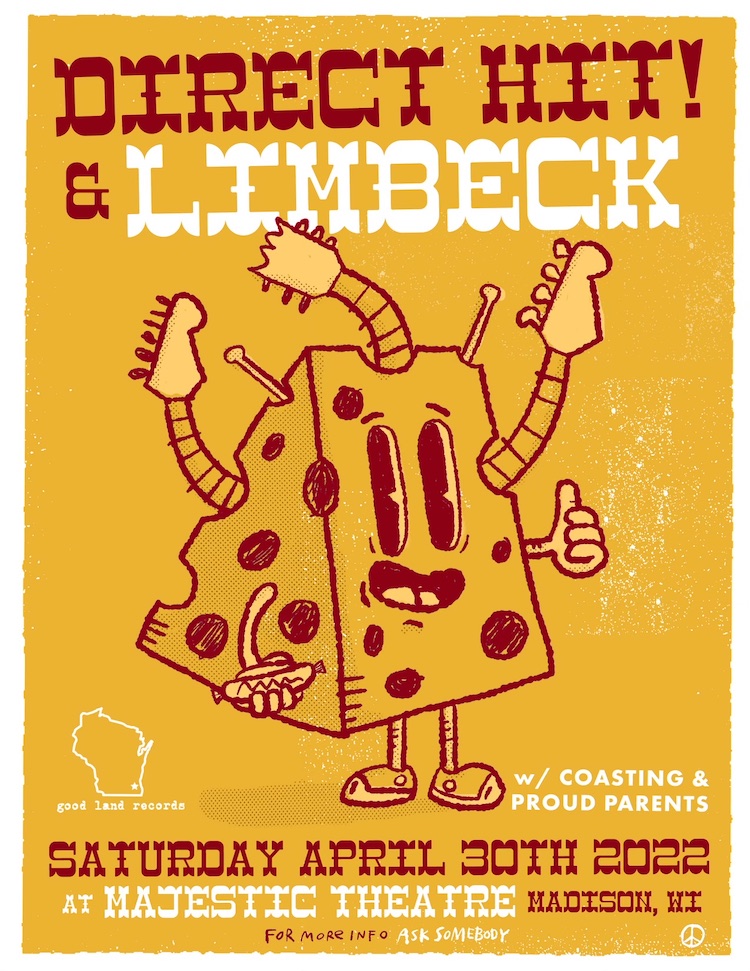 The following night, Madison’s Majestic Theatre will keep the party going with a show that features Direct Hit!, Limbeck, Proud Parents, and Coasting. Tickets to that Saturday, April 30 show are also on sale now and can be purchased HERE.

You have two chances to celebrate 11 years of Good Land Records and see some of the upstart label’s biggest and best bands in April. We’ll see you there!