Yes, once again, the headliner of this free summer-kick-off show will remain a closely-ish guarded secret. Interested show-goers (21 and over, only) will still need to pick up tickets, available today, from one of three places: The Girl in the Moon shop at the Miller Brewery (opens at 10 a.m.), the Pabst Theater Box Office (opens at noon), or the Summerfest Box Office (opens at 10 a.m.). Miller and Riverside note that this is a first come, first serve kind of deal.

“We are thrilled to join Milwaukee’s hometown brewer, Miller Brewing, to help kick-start the summer festivities for Milwaukee residents with a free concert at The Riverside Theater, that we know everyone will love,” says Gary Witt, CEO of The Pabst Theater Group, in a press release. “We are proud that The Riverside Theater has played a role in helping to bring Milwaukee back to life and ‘Cheers to Milwaukee’ will be another great reason to come downtown.”

The inaugural “Cheers to Milwaukee” caused a bit of confusion back in 2017. Days ahead of the show, the secret headliner was revealed to be Chevy Metal—the hard-rock cover band fronted by Foo Fighters drummer Taylor Hawkins. Rumors quickly spread that Foo Fighters frontman Dave Grohl would also be performing. Grohl never materialized, though Milwaukee drummer Justin Krol—who both kind of looks like Grohl and has a similar-sounding name as Grohl—did sit in with the band. Everyone was confused. Weird.

Doors open at 7 p.m. The show starts at 8:30 p.m.. Oh, and everyone gets a complimentary Summerfest ticket. 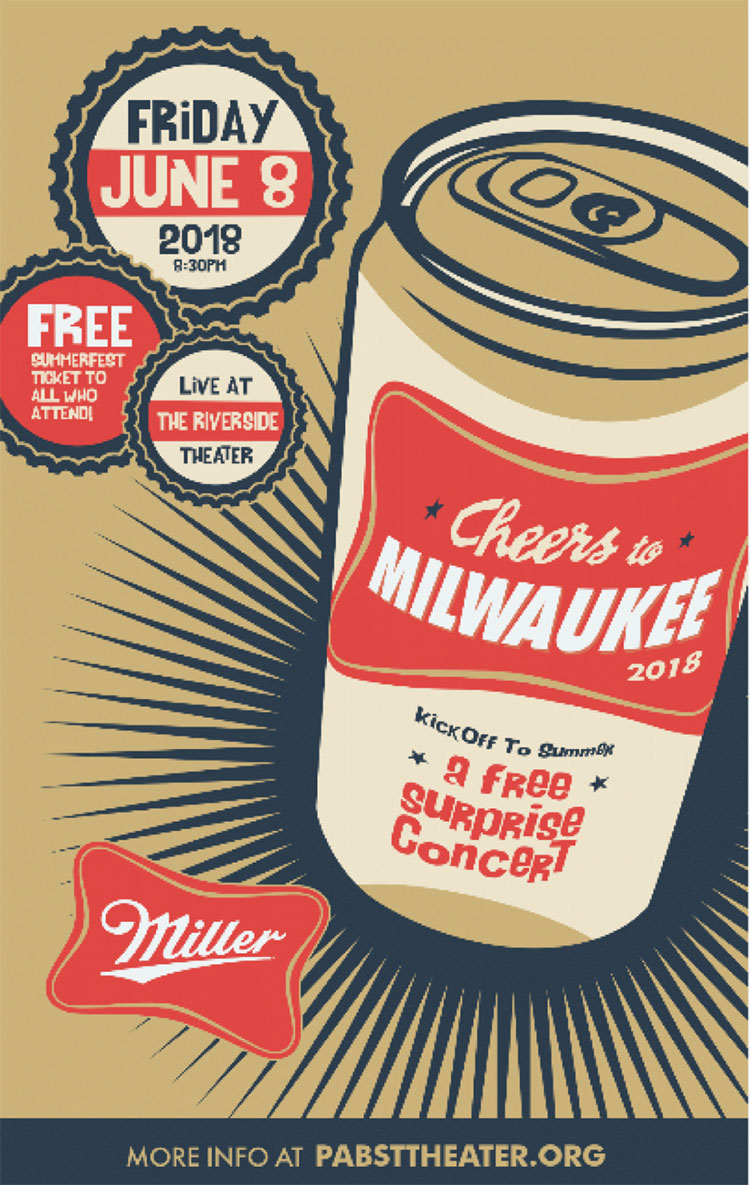