Last week, Abby Jeanne treated listeners to “Get You High,” the lead single from a forthcoming 7-inch and cassette the ever-busy and unstoppable Milwaukee singer is releasing in accordance with an October 12 event wherein Bay View’s inimitable Hi-Fi Cafe will temporarily masquerade as Atomic Records. As if that outstanding original wasn’t enough to get your attention, today’s premiere of the record’s familiar B-side surely will be.

Joining the new song on the soon-to-be-released 7-inch is a cover of Siouxsie And The Banshees’ hit, “Spellbound.” Abby Jeanne’s rendition of the British post-punk project’s 1981 song mirrors the gloomy vibes and Siouxsie Sioux’s haunting, undeniable vocals.

Both “Get You High” and this excellent cover of “Spellbound” were mixed by Holy Fuck member Graham C. Walsh (who has produced and mixed music from Alvvays, !!!, and METZ) and Abby Jeanne. Mystery Room Mastering’s own Justin Perkins mastered the songs. The 7-inch is limited to 500 copies (well, 499 now…see below), with two different splatter variations. The songs will be released digitally on October 4 and available for purchase at HiFi on October 12 and everywhere else thereafter.

Get ready for the Atomic Records pop-up by letting Abby Jeanne cast a spell on you. Listen to “Spellbound” now. 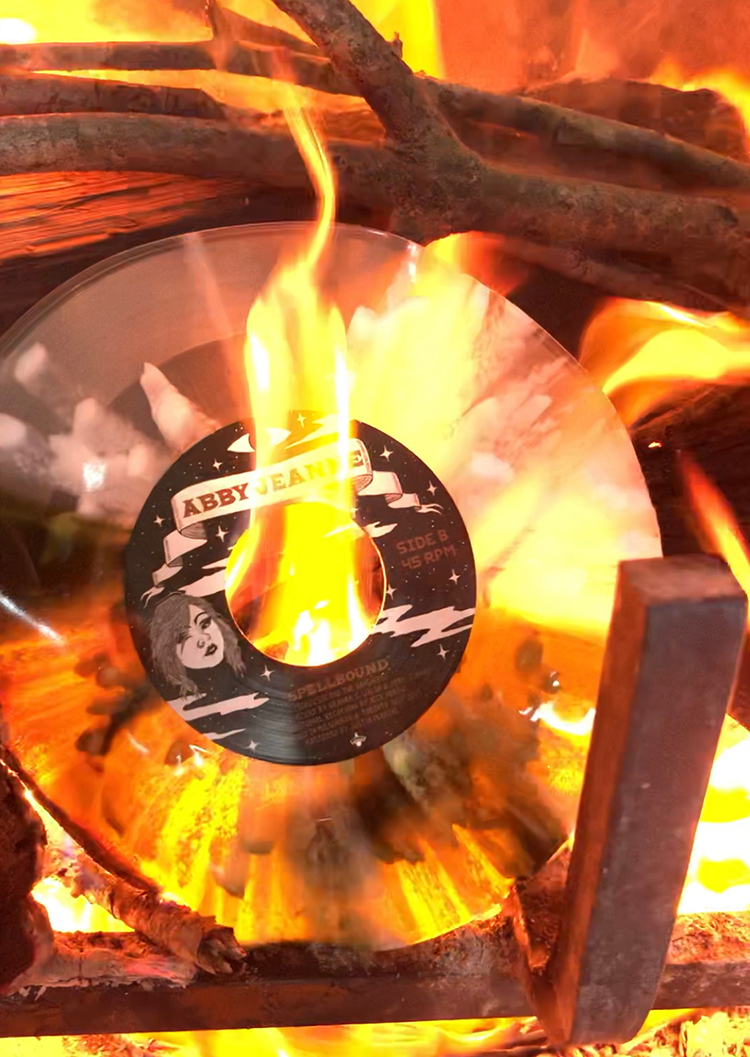