Hey! Guess what. Milwaukee Record has its own beer!

In effort to raise more money for our upcoming Local Coverage benefit (January 13 at Turner Hall), we’ve partnered with Company Brewing to collaborate on a revised version of the Riverwest microbrewery’s already-delicious Night Rye’d Porter. We call it “Milwaukee Record Re-Porter.”

Thursday, December 1, we’ll officially launch the beer at Company Brewing with a happy hour release celebration. We’ll be there from 4 p.m. to (at least) 7 p.m. to drink some Re-Porter and listen to some of our favorite Milwaukee-made music. Hopefully you consider doing the same. Milwaukee Record Re-Porter will be available at Company Brewing from December 1 through the night of Local Coverage, and 50 cents of each beer sold will be given to us to donate to Local Coverage beneficiaries Girls Rock Milwaukee and COA Youth & Family Centers (Holton Center). As Local Coverage nears, we’ll also have Re-Porter on the lines at other Milwaukee bars.

As mentioned above, Milwaukee Record Re-Porter is a spinoff of Company’s Night Rye’d, with rye malt swapped out for sweeter CaraRye malt, which Company Brewing owner/brewmaster George Bregar says he’s never used before. In addition to the inclusion of CaraRye, we worked with Bregar to figure out other additives to incorporate. Re-Porter’s spicy notes are supplied by cinnamon, as well as pasilla chile, chipotle chile, and mulato chile. Its sweetness is bolstered by cocoa nibs and vanilla bean, with a gentle bitterness brought forth by medium roast coffee. It lands in the neighborhood of 7 percent ABV (6.92, to be exact) and, if we may say so, it’s fucking delicious. But you can be the judge on December 1, and help some great local organizations in the process. Cheers! 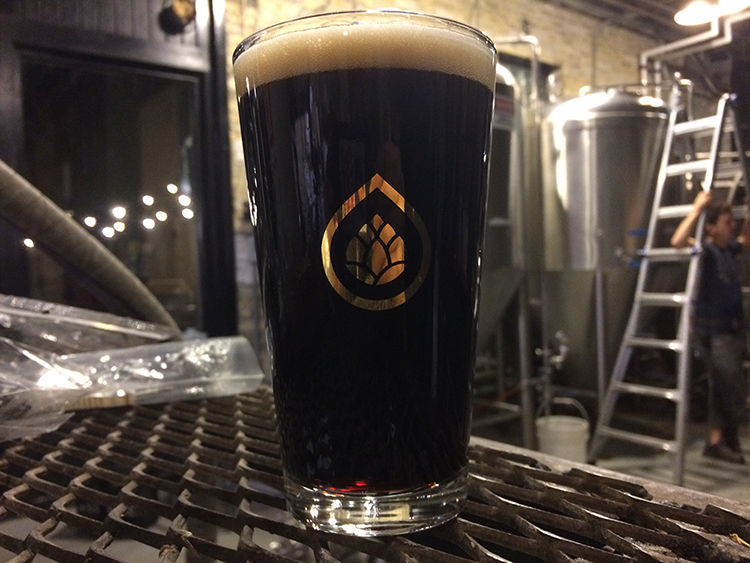