Last month, Fuji Poké decided to close its Bay View location in order to shift focus to its Brady Street location. While the sudden closure of the restaurant—which had only been open since mid-April—leaves Bay View with one fewer place to enjoy poké, hibachi, and boba tea, we’re pleased to report the vacant storefront at 2121 S. Kinnickinnic Ave. will soon be serving up tacos.

Taco Stop MKE is coming to Bay View. According to signage posted in the Bay View Commons retail space (that also was home to a Subway before Fuji Poké’s brief tenure), the property will soon be home to the Mexican restaurant’s third location. This Taco Stop MKE will be the family-owned and family-operated chain’s first location in Milwaukee proper. The first Taco Stop opened at 513 N. Chicago Ave. in South Milwaukee in 2016. Since then, another Taco Stop opened in Elm Grove.

An opening date isn’t known at this point, but updates on the Facebook page of Bay View’s forthcoming Taco Stop and the fact they’re currently hiring suggests it will be up and running very soon. Check back for more updates. In the meantime, read our 2016 review of Taco Stop MKE’s South Milwaukee location. 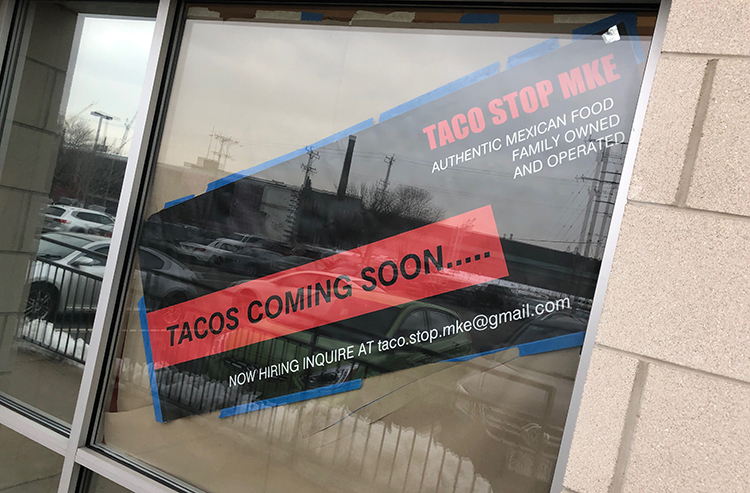