The first two runs of the seasonal brew were well-received by beer enthusiasts, and helped raise thousands of dollars for local charities. Not only is Re-Porter coming back for a third year, it’s also going to be available in cans this time around. Yesterday, the beer was put into some gorgeous Editor Bear cans that Andy Tyra designed for us.

Cans are currently available at Company Brewing. Six packs cost $12, with a portion of proceeds benefiting Milwaukee Women’s Center. In early October, Re-Porter will hit shelves and tap lines throughout Milwaukee (and beyond), with $1 from each beer sold to be donated to Milwaukee Women’s Center as well. Here are some places you’ll be able to pick it up before the end of October (locations and availability to be updated):

If you’re interested in stocking Milwaukee Record Re-Porter in cans or on draft at your bar, restaurant, or retail store, please contact us at [email protected] or reach out to Company Brewing at [email protected]. Whether you own a business or just like beer, please consider having a Re-Porter this fall and doing some good for the community in the process. 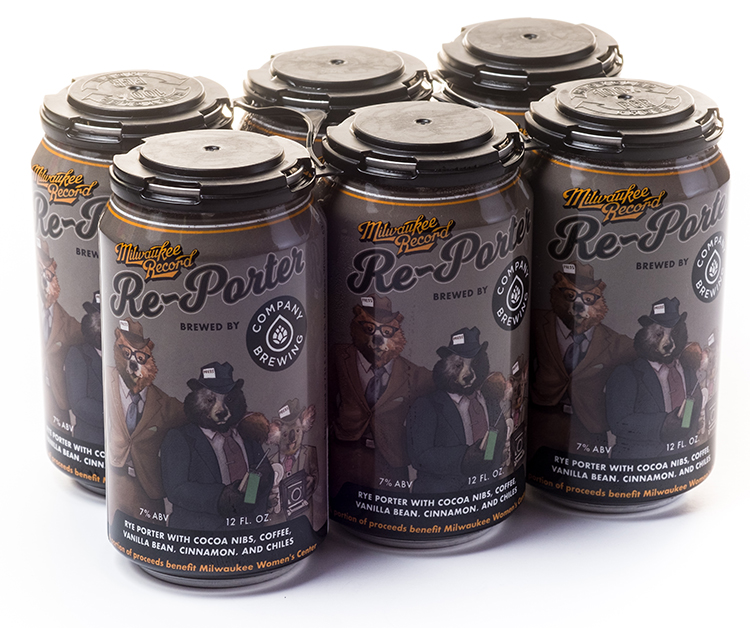