There’s never been a better time to eat in Milwaukee. The restaurant boom of the past half-decade has gifted the city with countless modern, innovative, and largely affordable dining options. But what about those times when an artisanal olive loaf hot dog served with a $90 cheese and granola plate seems more exhausting than delicious? What about those mornings when you’re in the mood for some greasy eggs, greasy hash browns, greasy toast, and a server who calls you “hon”? Miss Katie’s Diner (1900 W. Clybourn St., 414-344-0044) is the place for you.

For more than a quarter century, Miss Katie’s has stood just west of the Marquette campus, overlooking I-94 and the industrial ghosts of Milwaukee past. “We are named after our grandmother Katherine Picciurro (Miss Katie) who founded Pitch’s restaurant in 1942,” Miss Katie’s website explains. “We feature the same ribs and rib sandwich that has been served there for over 64 years.”

From the outside, the restaurant is a low-slung, nondescript building with white paint and tinted windows. Inside, it’s a brightly lit, Formica- and stainless steel-infused throwback to the sock-hopping diners of the 1950s. If the Fonz had ever really resided here in non-bronze form, Miss Katie’s is the place he would have haunted. It’s like that diner at the end of Spaceballs, or that place where Clark Kent beats up that guy at the end of Superman II.

But while Miss Katie’s is awash in pre-fab ’50s nostalgia (A “Boulevard Of Broken Dreams” print? Check.), it isn’t a theme restaurant. Its down-home, “greasy spoon” vibe is authentic and hard-won. All-day breakfast—the aforementioned greasy eggs, hash browns, and toast—is the order of day. The rest of the menu is par for the course:

We feature breakfast, lunch and dinner along with a full cocktail lounge. We have been told we have the best corned beef hash and Italian sausage for breakfast. At lunch our soup, daily specials and sandwiches are very popular. At dinner the nightly special, meatloaf and turkey blue plate dinners are the most popular. We also have steaks, chops and Italian specialties on the dinner menu. Our chocolate, vanilla and strawberry malts and shakes are homemade and the best in Milwaukee.

Is any of it going to win a coveted James Beard Award? Of course not. The food is greasy, hot, filling, and perfectly fine. Prices may be on the high side (no ’50s nostalgia here), but the portions and the gut-pleasing goodness more than justify the extra dough. 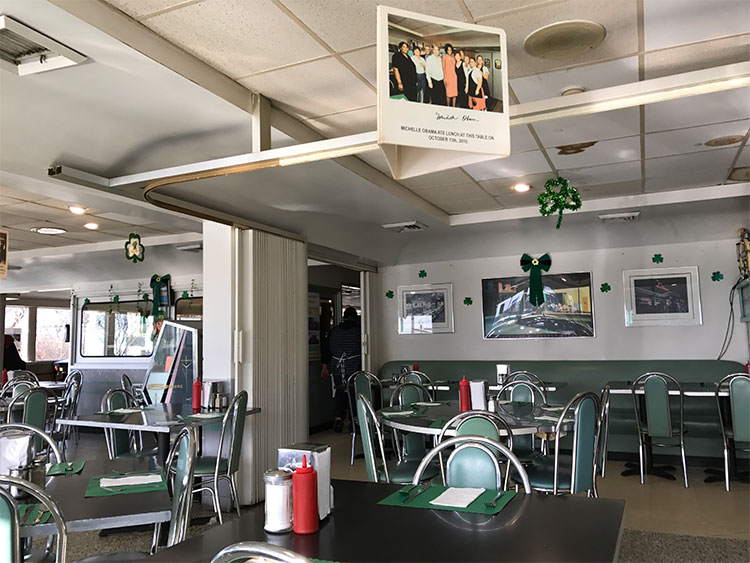 In addition to its retro décor and its no-nonsense food, Miss Katie’s has one more (unlikely) claim to fame: Almost since its inception, the diner has been a favorite of American presidents, would-be-presidents, first ladies, and other political dignitaries. Placards mark where President Bill Clinton and German Chancellor Helmut Kohl had at lunch in 1996, where Hillary Clinton dined in 2008 (“She had corned beef hash and hot tea.”), and where Michelle Obama had a private lunch with her cousin and his daughter in 2010. And, yes, even then-candidate Donald Trump dropped by in 2016.

Milwaukee dining continues to evolve. New small plate, ramen, poke, and anything-else-you-can-think-of joints are opening every day. Happily, Miss Katie’s (and places like it) will always be welcome here, blurring the lines between neighborhood dive, hidden gem, and out-of-towner tourist stop. Its aesthetic is rooted in a past that may or may not have existed; its place in the future of Milwaukee seems undeniable. 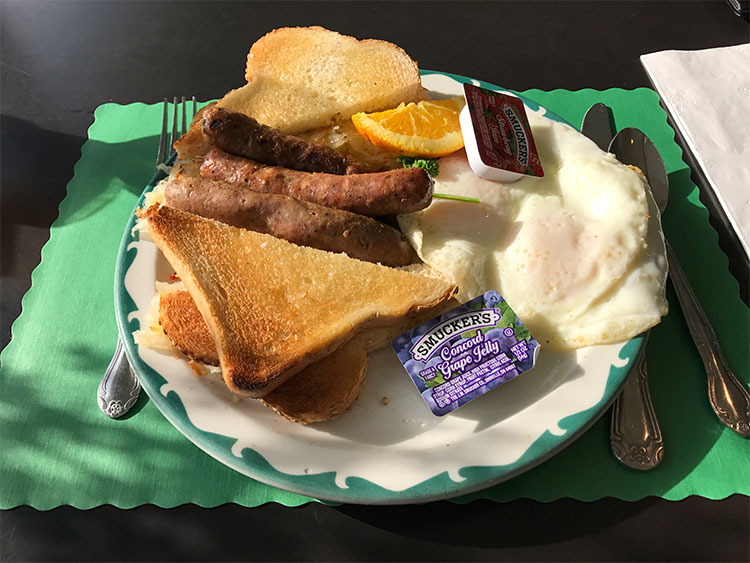