Brady Street has changed a great deal since the late ’90s. Though the East Side thoroughfare has experienced frequent turnover, rampant competition, and has been forced to cater to the the city’s ever-changing tastes, Hi Hat has managed to stand the test of time to earn the distinction of neighborhood nightlife staple. While the local craft cocktail innovator and fervent supporter of area DJs has changed its interior, its ads, and added The Garage next door since the bar’s 1997 inception, Hi Hat Garage (née Hi Hat Lounge) remains an especially bright spot in one of Milwaukee’s most vibrant drinking districts. That type of longevity is almost unheard of, and should absolutely be celebrated.

On Saturday, September 2, Hi Hat will do just that with its 20th Anniversary Block Party. From 1 p.m. to 10 p.m., the corner of Brady Street and Arlington Place will play host to an outdoor event that will feature local vendors, food tents, limited Lakefront Brewery tappings, and an old fashioned contest. Of course, the block party will also have an eclectic mix of musical acts performing throughout the day. Rusty Pelicans will headline the event, and the veteran hip-hop outfit will be preceded by a Girls Rock success story Negative/Positive, Tigernite, and a variety of DJs. Here’s who’s playing. 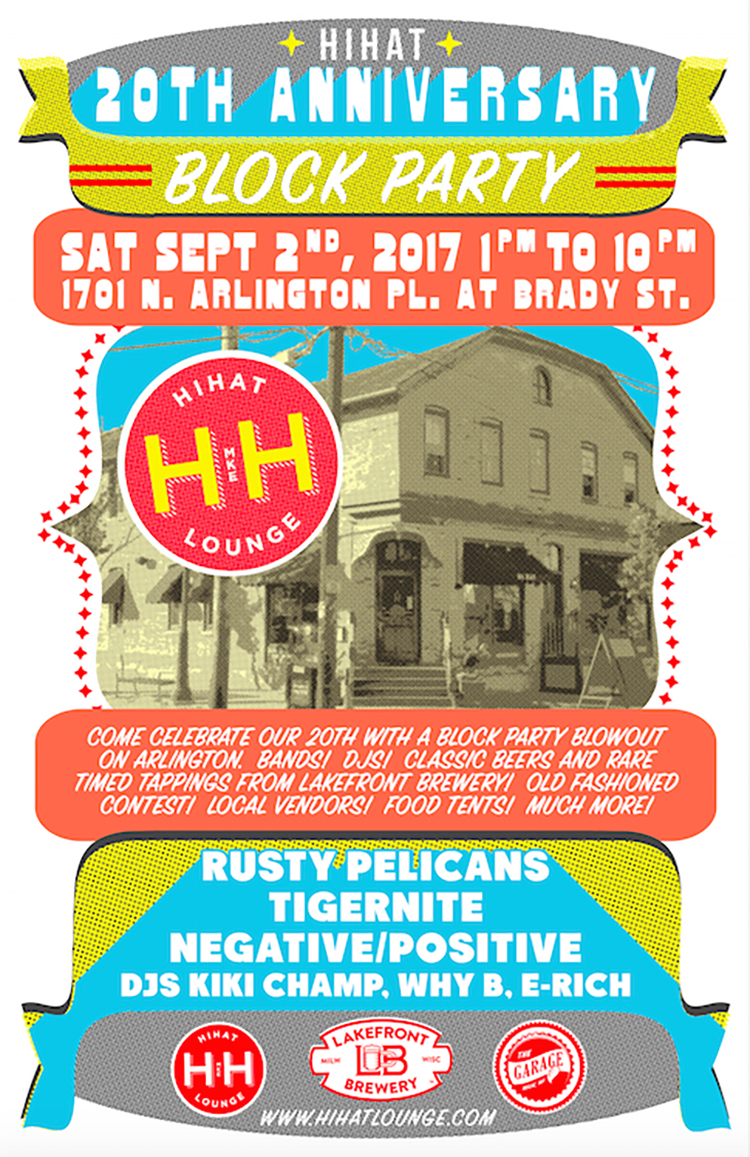