Earlier this year, we called Foundation Tiki Bar “a tropical treasure in a not-so-tropical town.” Given the Riverwest mainstay’s bamboo and fishnet decor, its island-influenced house music, and its world class (in the truest sense of the term) Caribbean cocktails, you’d be hard-pressed to find a place in Milwaukee more capable of making you feel as if you aren’t in Milwaukee.

When the city is in the midst of an 11-day undertaking that bills itself to be the “World’s Largest Music Festival” and brings roughly 900,000 people to town, most any local could probably use a perfectly-crafted mai tai and a temporary escape from Milwaukee festival craziness. And for those of you who are bound to the city during festival season, but need an extended stay in an urban island paradise, there’s now another option.

Those of you who are still seeking accommodations for (or an escape from) Summerfest or just a one-of-a-kind staycation destination should look into renting Foundation’s second floor “Captain’s Quarters” on Airbnb. The two bedroom, one bathroom space runs the entirety of Foundation’s upper level and can host up to four guests. The $110/night dwelling is outfitted with a private tiki lounge that’s decorated with pufferfish lights, wood carvings, and oceanic decor befitting of a getaway within a getaway. There’s also free parking on the premises, wireless internet, televisions, and a strict no children policy.

Of course, the Captain’s Quarters will also be available after Summerfest, but act fast. It’s safe to assume lots of people would like to stay in a private tiki-themed bungalow above Foundation. 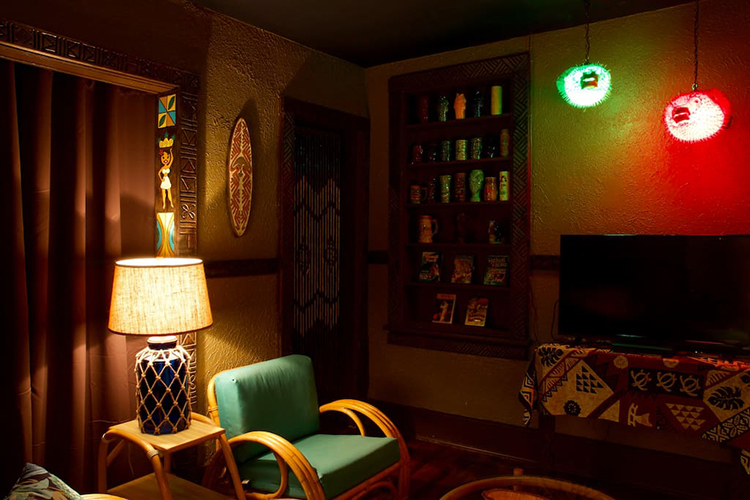