You know that kinda creepy “pedestrian tunnel” that goes under the the I-794 overpass? The one on Jefferson Street, that connects downtown to the Third Ward? Well, it still connects the two neighborhoods, but it’s kinda creepy no longer: Monday morning at a ribbon-cutting ceremony, the Downtown Placemaking Task Force unveiled “Migration,” a lovely new mural that will permanently grace the interior of the 50-foot tunnel. “Migration” is the work of mural artist CERA and painter Katie Batten, both 2012 graduates of Milwaukee Institute of Art & Design.

According to a press release, the mural “celebrates the thousands of pedestrians who traverse between the two neighborhoods daily, but also the larger exchange of ideas and innovation taking place in Milwaukee all year round.” The piece is supported by Milwaukee Downtown, BID #21, Johnson Controls, the City of Milwaukee’s Community Improvement Project Grant, Summerfest, HKS Holdings, LLC, Hawkeye Hotels/JR Hospitality, Buffalo Van Buren Partners, and Hospitality Democracy.

Check out some pictures below. Also, Roxie Beane provided music at today’s ceremony, and she totally played “…Baby One More Time.” 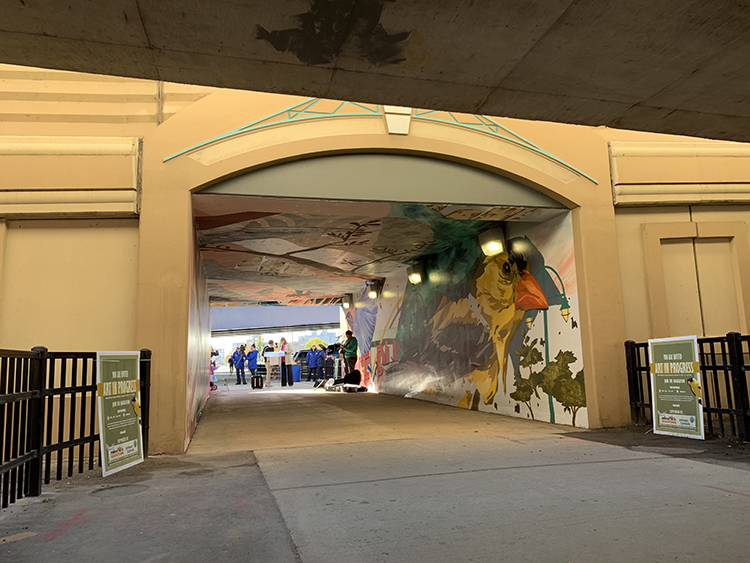 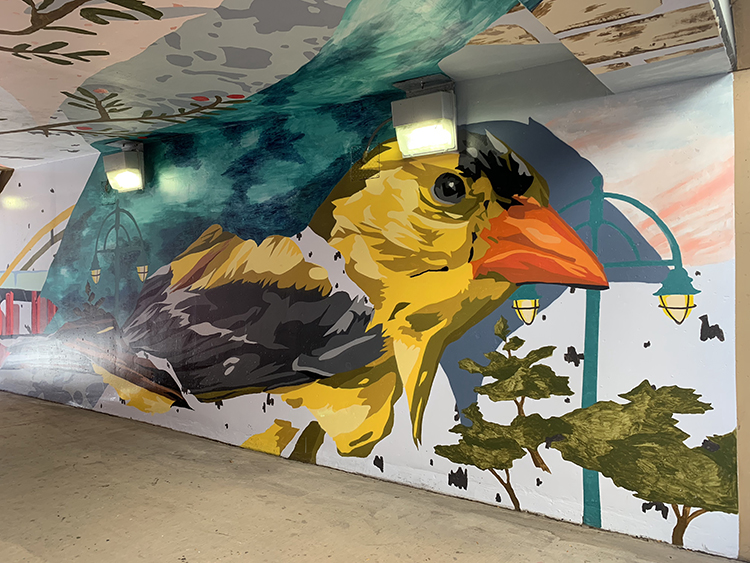 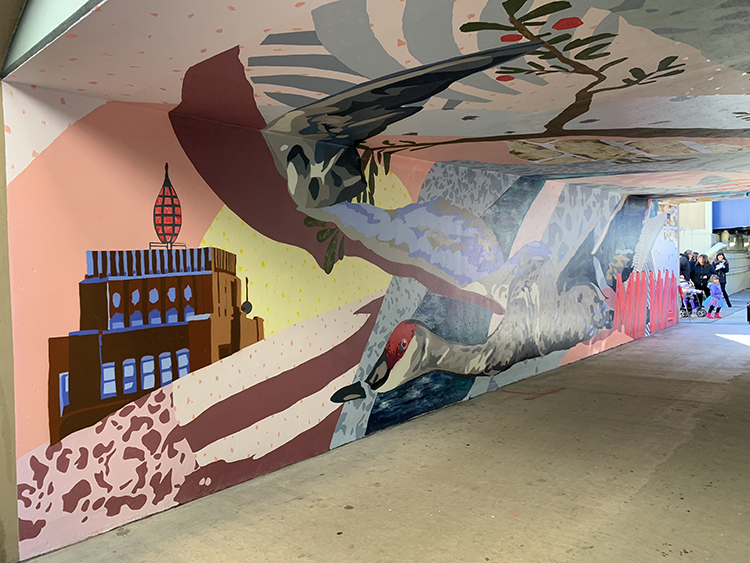 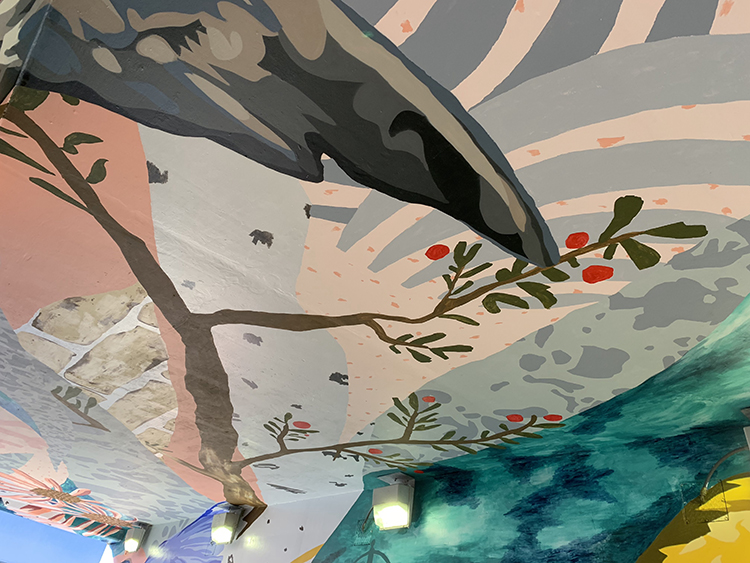 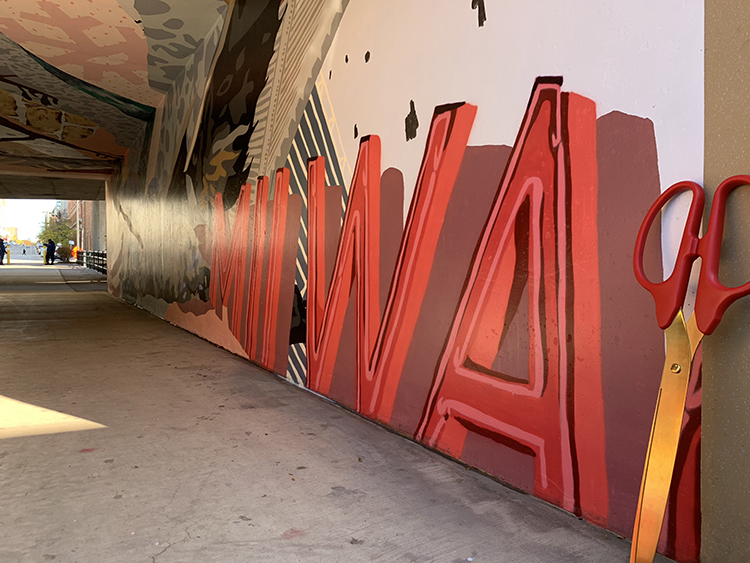 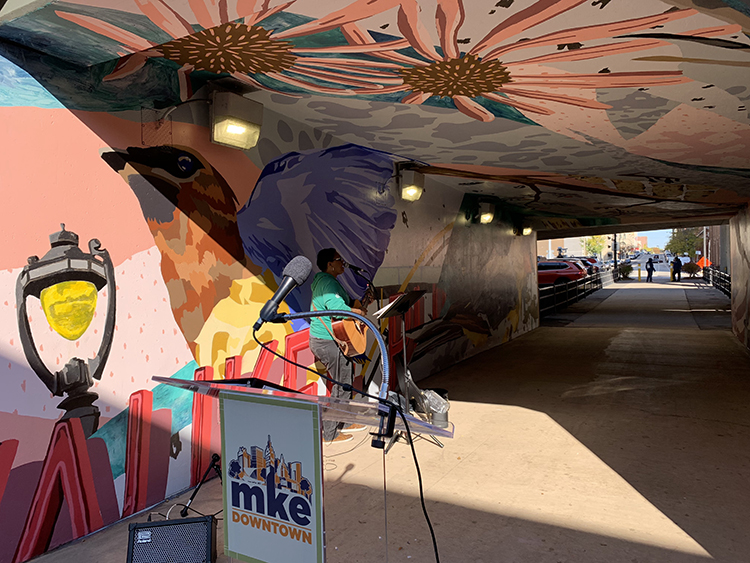 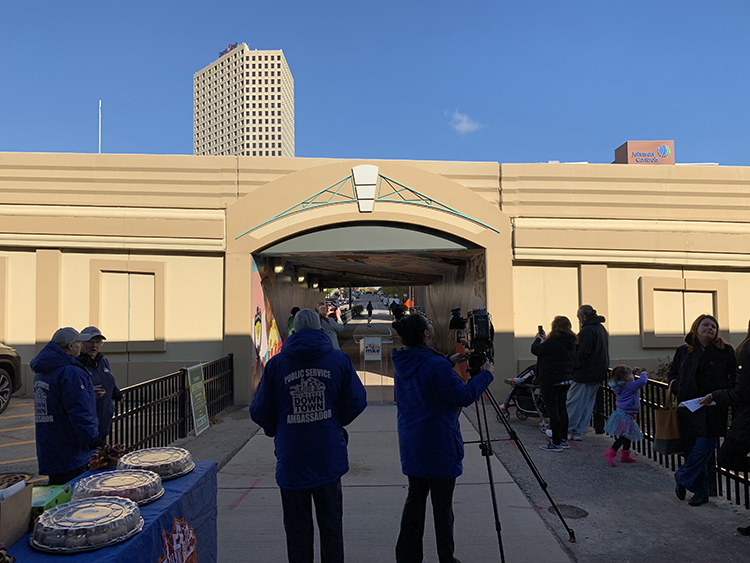 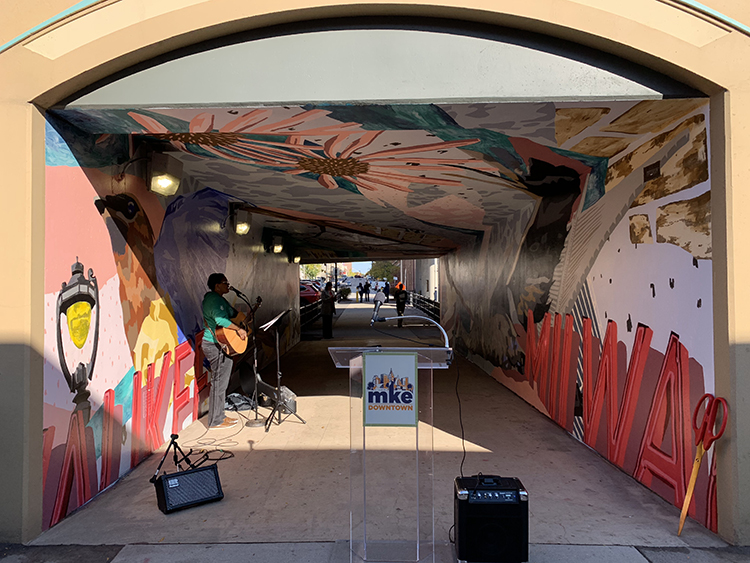 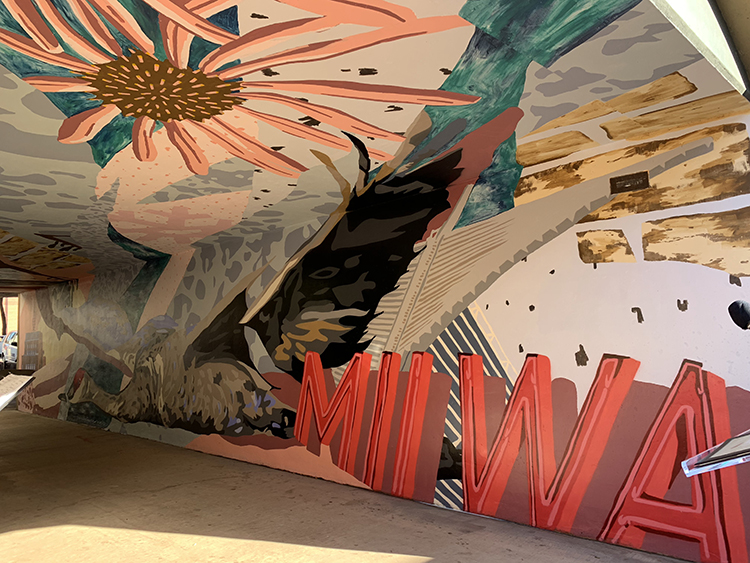 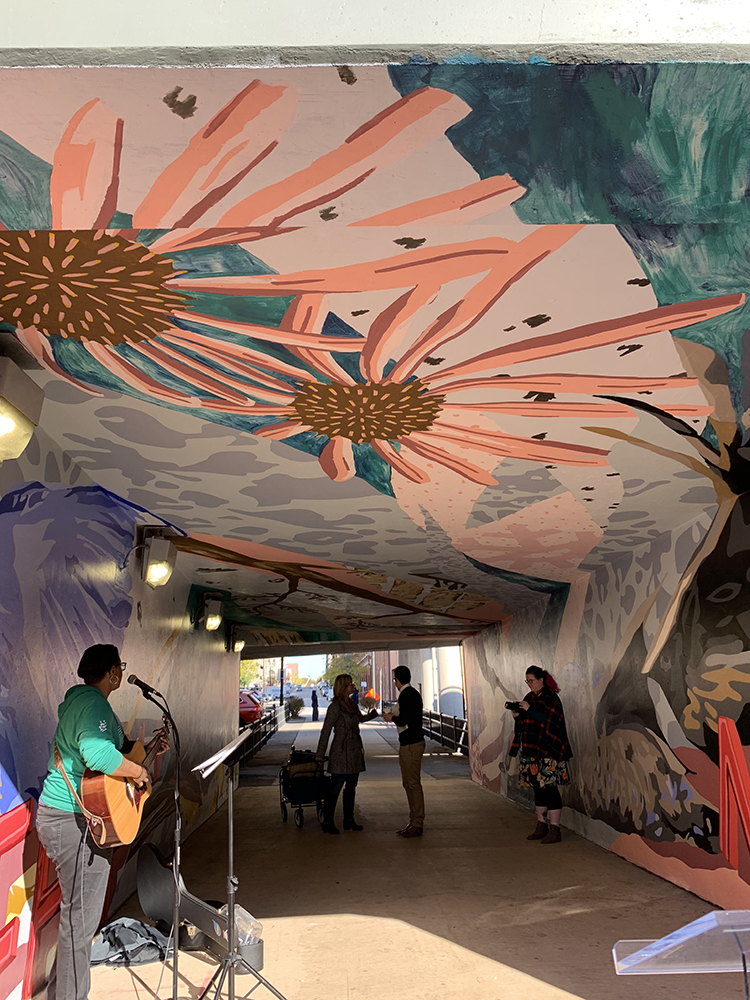 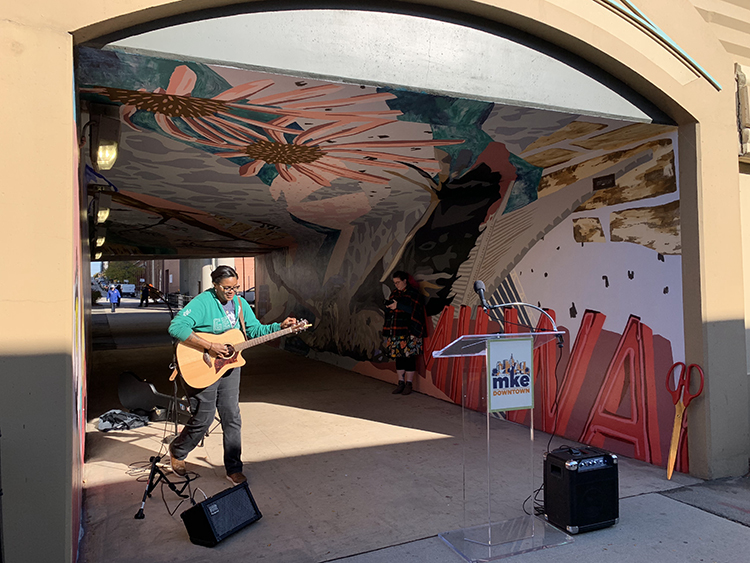 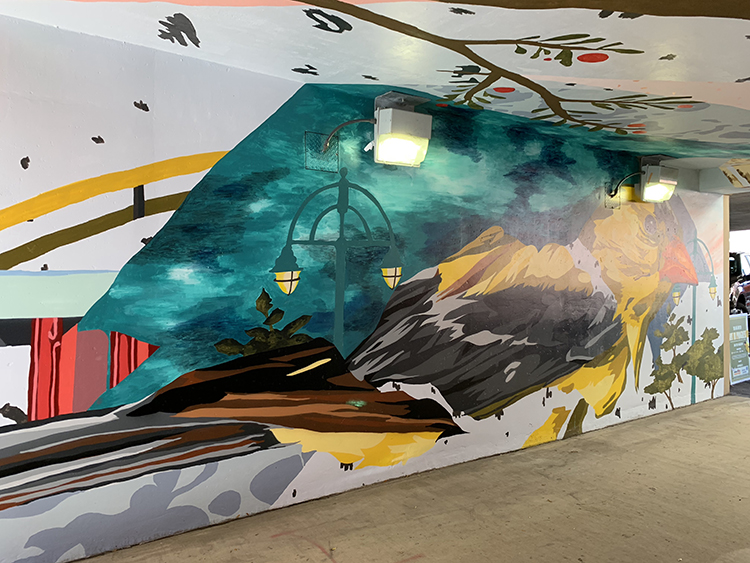 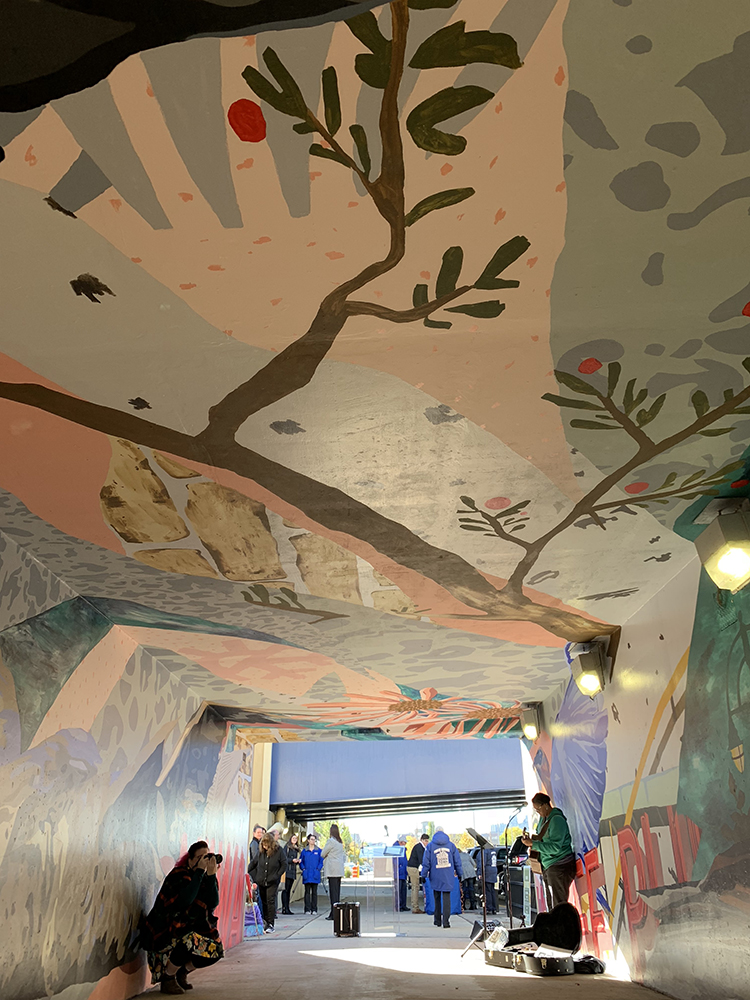 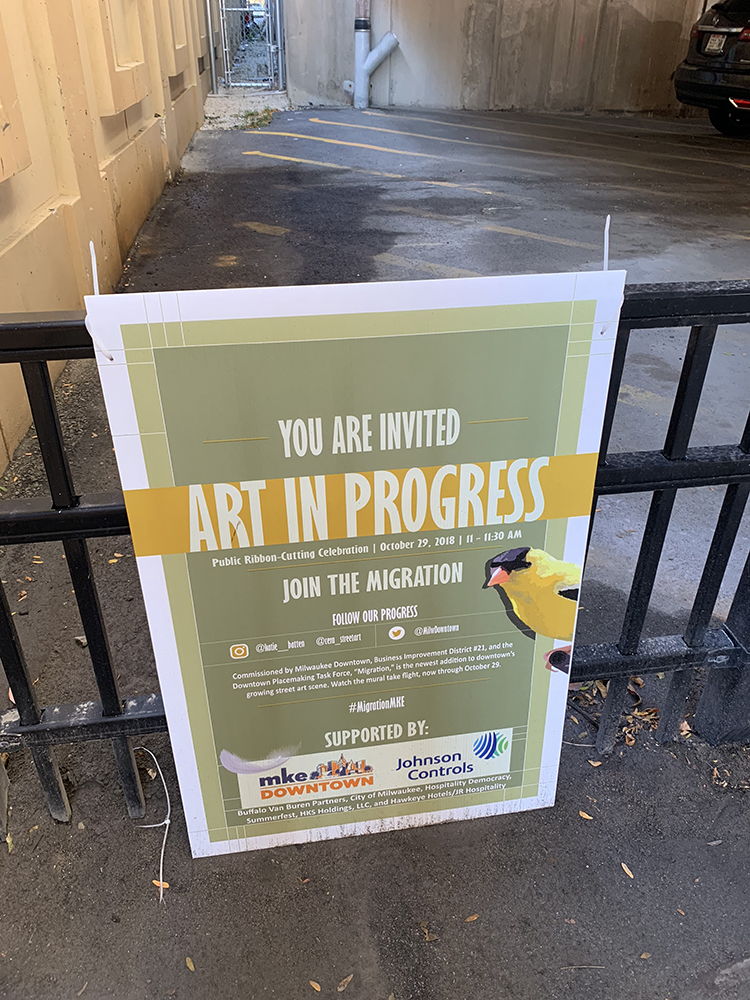