At a press conference Wednesday morning, Milwaukee Brewers officials announced a “reimagining” of the Miller Park “food and beverage experience” for 2017. What’s in store? A blog post explains:

When Brewers fans come to Miller Park next season, they can expect to enjoy a world-class food and beverage experience, unlike any other ballpark in the country.

The offseason overhaul will involve an architectural redesign throughout the ballpark, which will include a refresh of the concourse’s look and visual identity as well as the introduction of entirely new spaces — such as the “First Base Ward” and “Third Base Ward” on the Field Level, which will feature 11 new concession stands, new portable stands and two new full-service bars, and the “Local Brews” Bar on the Loge Level, which will feature an expanded beer program with 30 taps serving craft beers from across Wisconsin.

Additionally, fans will enjoy a completely redesigned menu with a heavy emphasis on local products reflective of the culture of Wisconsin. Local brands such as Zaffiro’s, AJ Bombers, Smoke Shack, Klement’s and MillerCoors will all be featured prominently, along with brand-new offerings that also have ties to Wisconsin culinary tradition — items such as mac and cheese, frozen custard, cheese curds and tacos. And for those who enjoy the basic staples of ballpark fare, rest assured, those items won’t be disappearing from the menu.

Most importantly, this project is about more than just food. It is about enhancing every aspect of the fan experience — from the food that we serve, to the atmosphere we create, to the hospitality we provide. For that reason, this renovation will extend to all areas of the ballpark — so that all of our fans, wherever they are sitting in the ballpark, will have the opportunity to enjoy what we believe will be the best food & beverage program in the country.

The overhaul, dubbed a “world-class food and beverage program reflective of the traditions, culture, and spirit of Milwaukee and Wisconsin,” will be ready in time for the 2017 season. Some renderings, courtesy of the Brewers, are below. 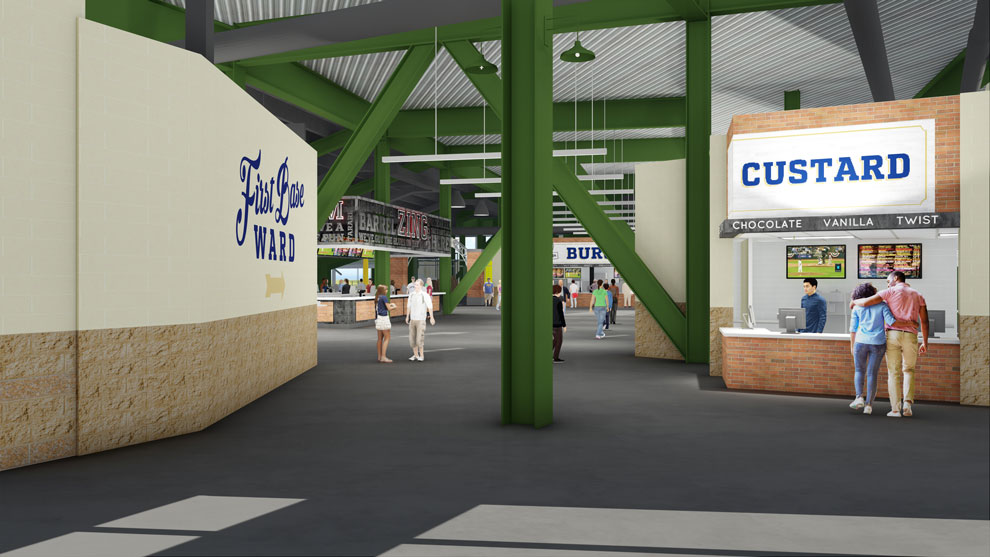 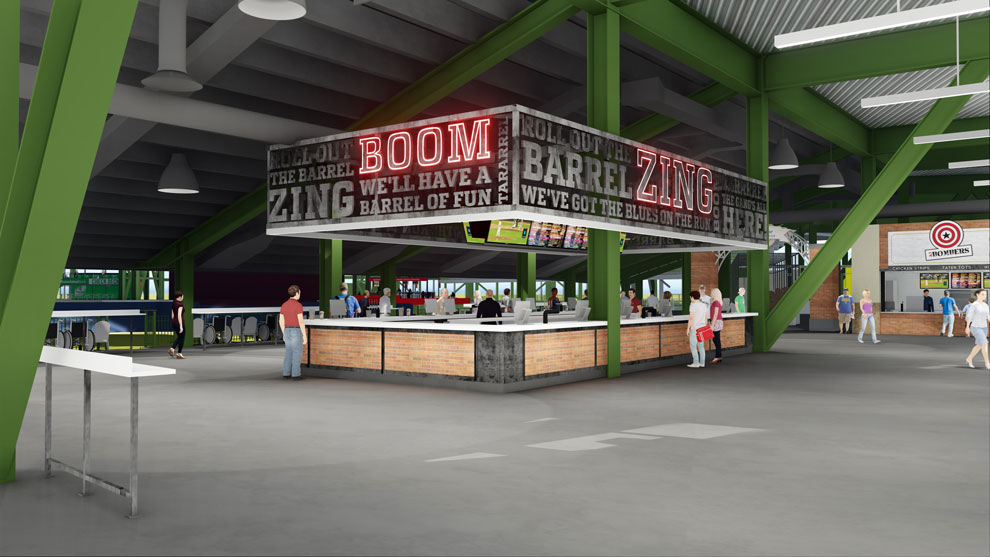 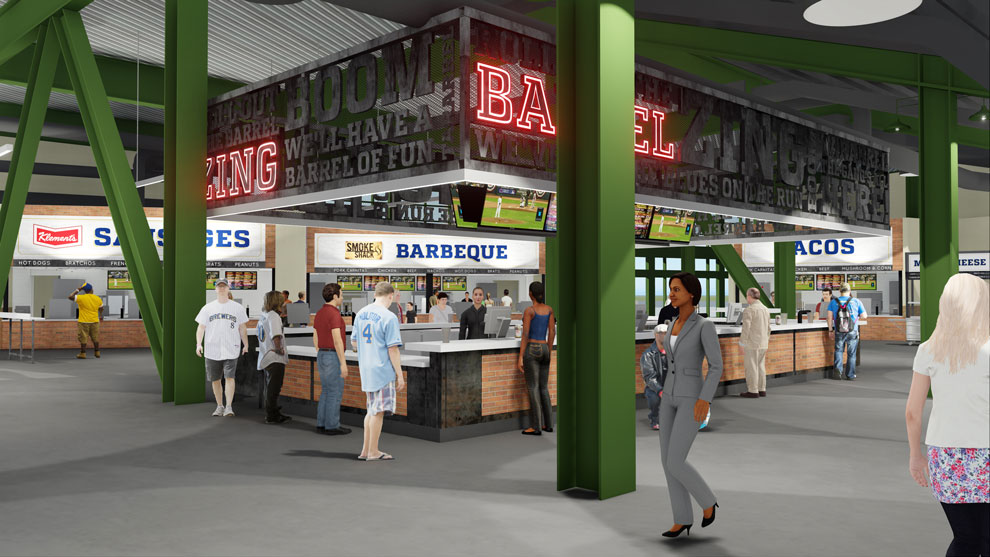 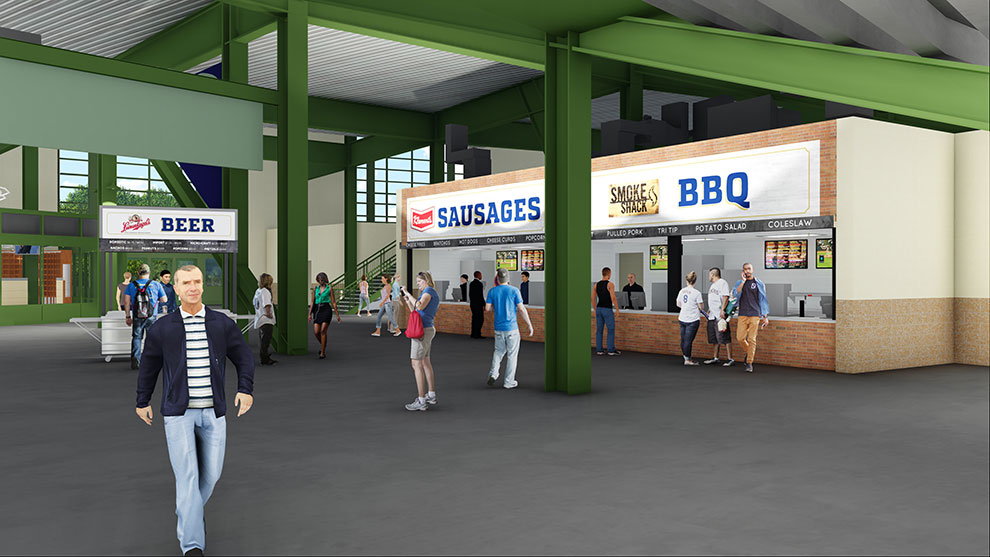 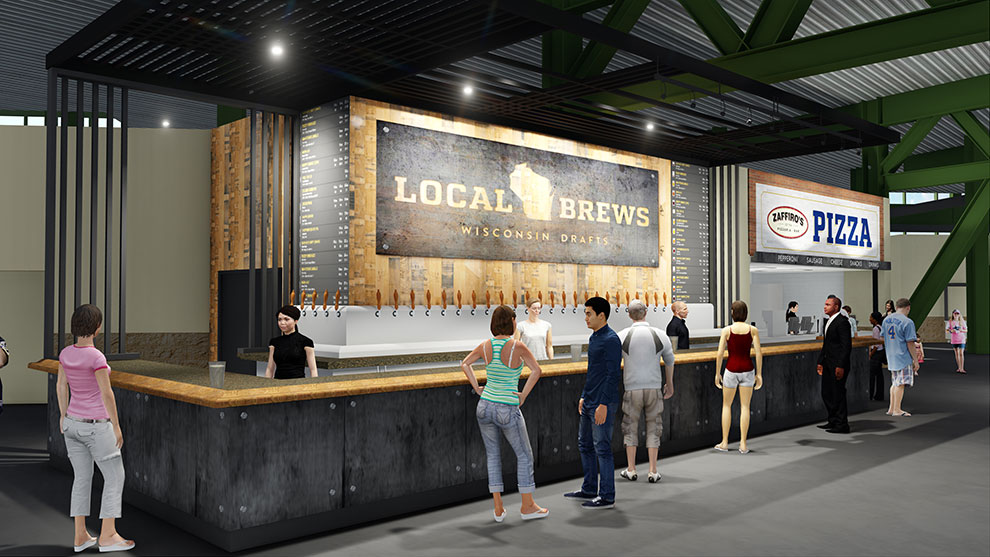