If you’ve ever thought to yourself, “You know what the world needs now? A new Sleater-Kinney song. And maybe a new Sleater-Kinney tour,” you’re in for a treat. Wednesday morning, the legendary trio of Carrie Brownstein, Corin Tucker, and Janet Weiss unveiled “Hurry On Home,” the first single from the upcoming The Center Won’t Hold. It’s the band’s first new music since their 2015 comeback album No Cities To Love. “Hurry On Home” (and the entire album) was produced by Annie Clark, a.k.a. St. Vincent. Holy crap. Stream or download the track here!

“I think for Carrie and Corin it was liberating to explore a different sound palette,” Weiss says in a press release. Adds Brownstein, “Instead of just going into the studio to document what we’d done, we were going in to explore and to find the essence of something. To dig in deeper.” Tucker, meanwhile, says working on the new music “was like this manic energy of empowerment.”

But wait, there’s more! Sleater-Kinney has also announced a new tour, which includes a stop at Milwaukee’s Riverside Theater on Wednesday, October 16. The show will be the band’s first Milwaukee appearance since a sold-out concert at the Riverside in 2015. (Before that, Sleater-Kinney hadn’t visited Milwaukee since a 2000 show at The Globe.)

And here are the full tour dates: 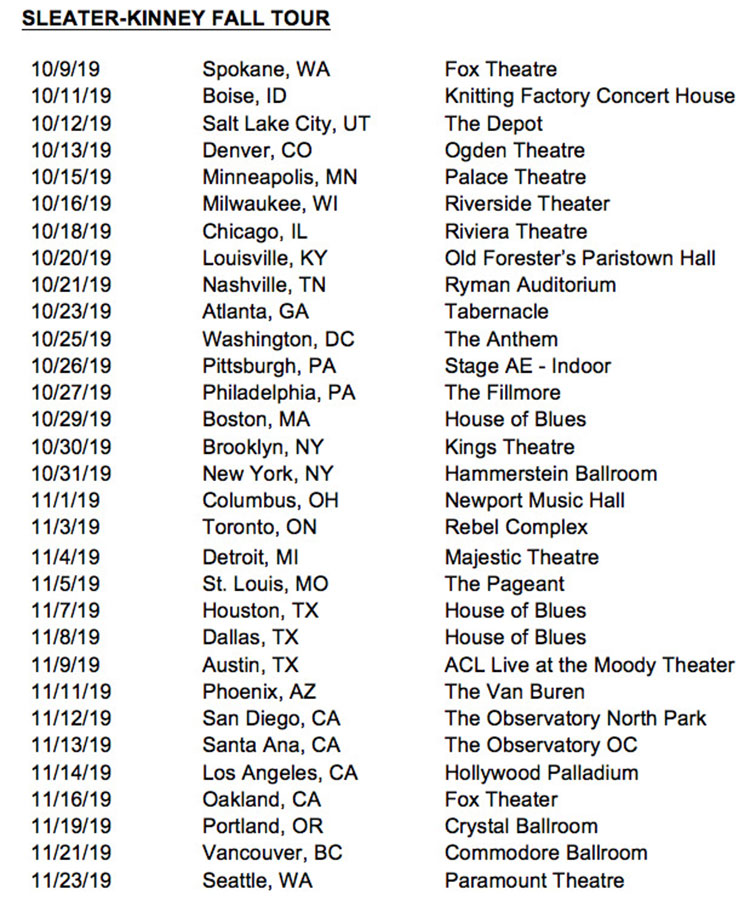