Founded in 2017 by sisters Marija and Vesna Madunic, Kindred On K.K. has taken the big, boxy building at 2535 S. Kinnickinnic Avenue in fun and beautiful directions. They offer a from-scratch menu, a full bar with a wide range of cocktails, and a warm and welcoming atmosphere that’s tailor made for a nice, casual night out. The only thing they’re missing is a free local music series. Until now!

Starting February 19, Milwaukee Record will be joining forces with Kindred On K.K. to kick off “Tuesday Tunes.” The Tuesday evening performance series will feature eight weeks of music from some of the city’s favorite local artists. There will be no cover for these shows, which will all run from 7 p.m. to 9 p.m. The series will begin with Amanda Huff on February 19 and wrap up with Allen Coté on April 9.

Kindred’s kitchen and bar will offer their full menu and their Tuesday night happy hour (including $2 oysters and $5 old fashioneds) will last all night. Come shake off the late-winter blahs with us at Kindred On K.K. starting next week!  Here’s the full lineup: 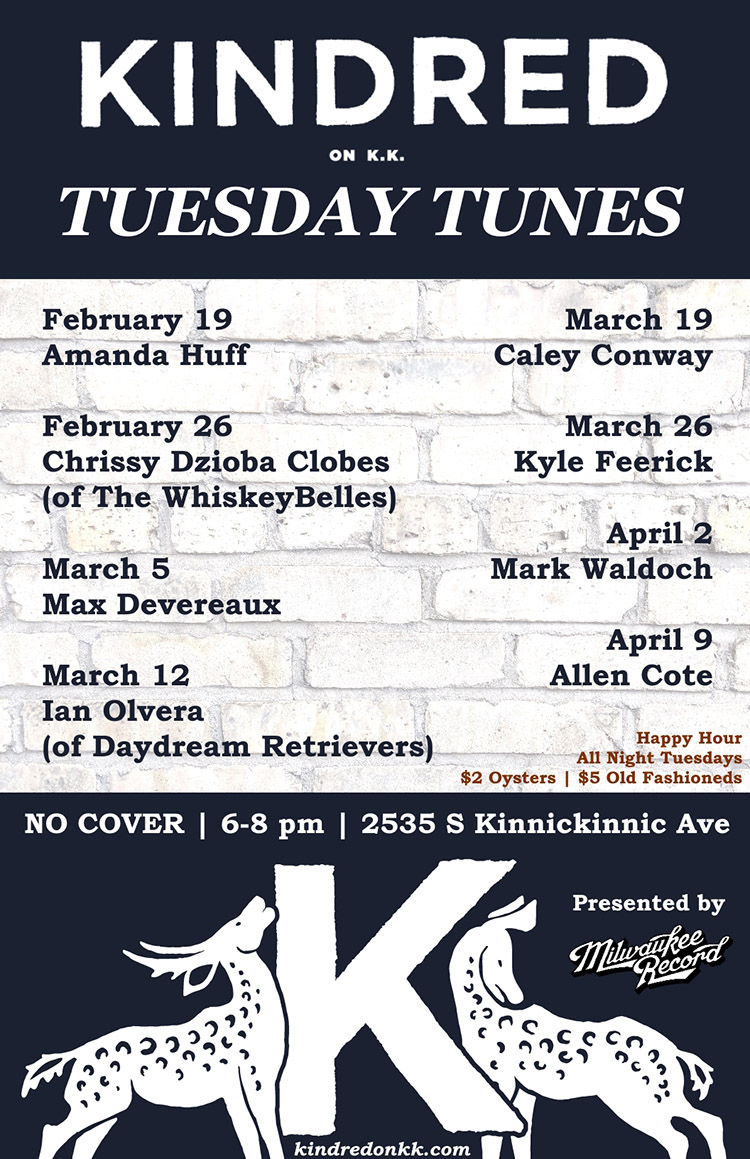