Since its start in early 2015, Gloss Records has played an invaluable role in Milwaukee music. The label Joe Peterson (Rio Turbo, Platinum Boys) and Harrison Colby (NO/NO, Sex Scenes) founded just over two years ago is responsible for a steady stream of cassette and vinyl releases from an eclectic mix of local artists like GGOOLLDD, Soul Low, Lorde Fredd33, Marielle Allschwang, The Fatty Acids, Piles, and their own projects. With 22 releases from close to 20 local acts, almost every weekend could be considered Gloss Weekend, but last year, the label made it official by booking a two-night soiree to celebrate the business and its associated acts.

Gloss Weekend will return this year. The label will celebrate May 19-21 with shows at Cactus Club (Friday), Jazz Gallery (Saturday early show), and Riverwest Public House (Saturday late show). An after party is also in the works for Sunday. The full lineup has yet to be announced, but early confirmations include The Fatty Acids, Foreign Goods, and Soul Low. More acts will be announced soon. Knowing Gloss’ roster, it’s going to be great. 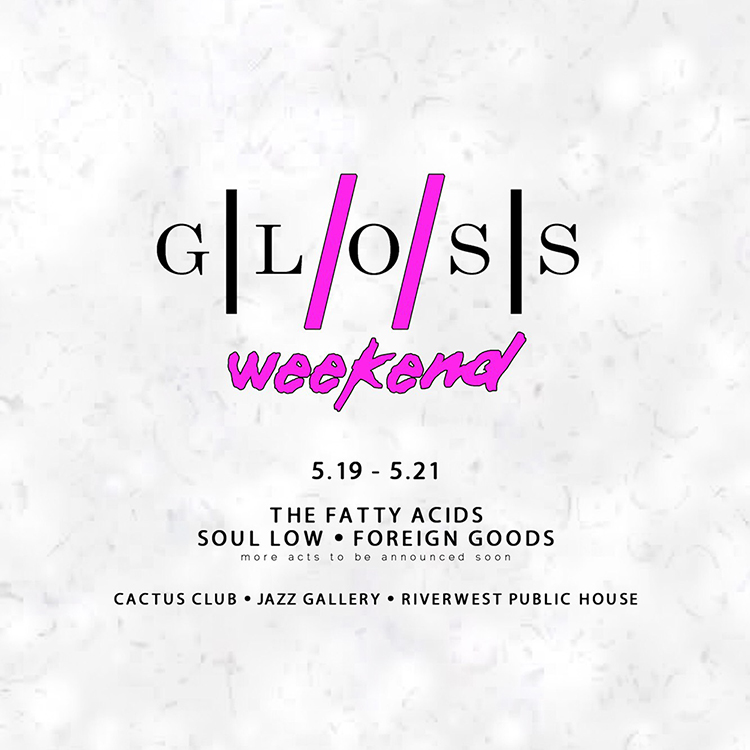