The weather may be cold and kind of miserable, but summer is officially here. And what better way to celebrate the summer season—and the impending Fourth of July—than by tipping back a classic beer that celebrates the ol’ red, white, and blue?

On Sunday, July 1, Pabst Milwaukee Brewery and Taproom will throw a beer garden launch party for the re-release of Pabst’s vintage “Red, White & Blue” beer. Limited edition crowler releases and posters, free Klements bratwurst, a live mural demonstration, and a DJ will all be featured. Oh, and a beer that was first brewed in 1899. Here’s the full press release:

MILWAUKEE (June 22, 2018) – Pabst Milwaukee Brewery and Taproom is bringing back Red White & Blue just in time for July 4th. The brew will be re-released at a beer garden launch party from 1 to 4 p.m. Sunday, July 1.

First brewed in 1899 as a 4th of July celebration, this vintage American Session Lager will be the brewery’s newest release. The beer’s 3.2 ABV and 10 IBU stay true to its past recipe, retaining the iconic “honest beer for an honest price” slogan.

“Red, White & Blue holds years of history in its name, most notably for its patriotic brand post World War II,” said John Kimes, Pabst senior staff brewer. “We look forward to re-introducing this vintage American brew back to Milwaukee in anticipation of the Fourth of July.”

The Red, White & Blue beer garden launch party, sponsored by Klements, will feature limited edition crowler releases and posters, free Klements bratwurst, and a live mural demonstration by BigShots Robot, along with a DJ. The launch party will take place in the outdoor beer garden at Pabst Milwaukee Brewery on Sunday, July 1. 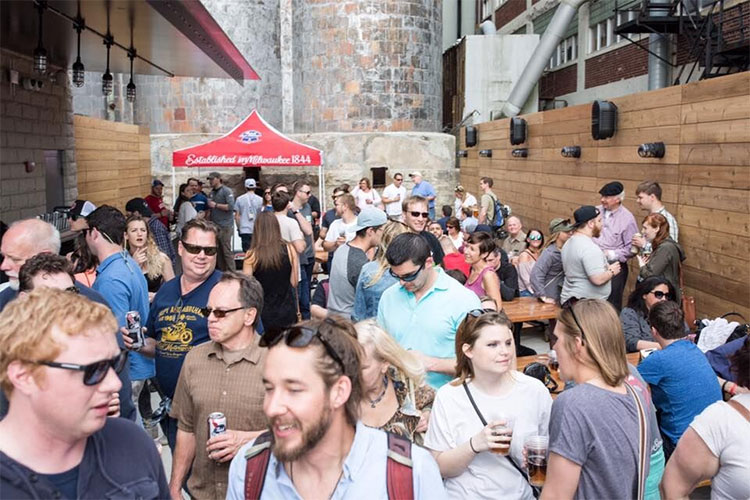