Often imitated and never replicated, Quentin Tarantino has been making hit movies and pushing boundaries for more than 25 years. Over that span, the accomplished director has grossed hundreds of millions of dollars at the box office with films that successfully blend violence, controversy, lofty dialogue, and top-tier actors (some of whom had their career revived thanks to Tarantino’s casting).

In honor of Tarantino’s indisputably influential body of work and the director’s forthcoming Once Upon A Time In Hollywood, Avalon Theater will present “a two-month-long film tribute to the powerhouse writer, director and pop culture rabble-rouser.” The series, which Avalon is calling “Tarantino Thursdays,” will bring some of Tarantino’s finest flicks to the big screen on select Thursday nights between May and July.

Are they showing Reservoir Dogs? Yep! Pulp Fiction? Indeed! Both volumes of Kill Bill? You betcha! And that’s just half of what’s in store. Each screening begins at 9:45 p.m., and all tickets are only $5. Here’s the lineup: 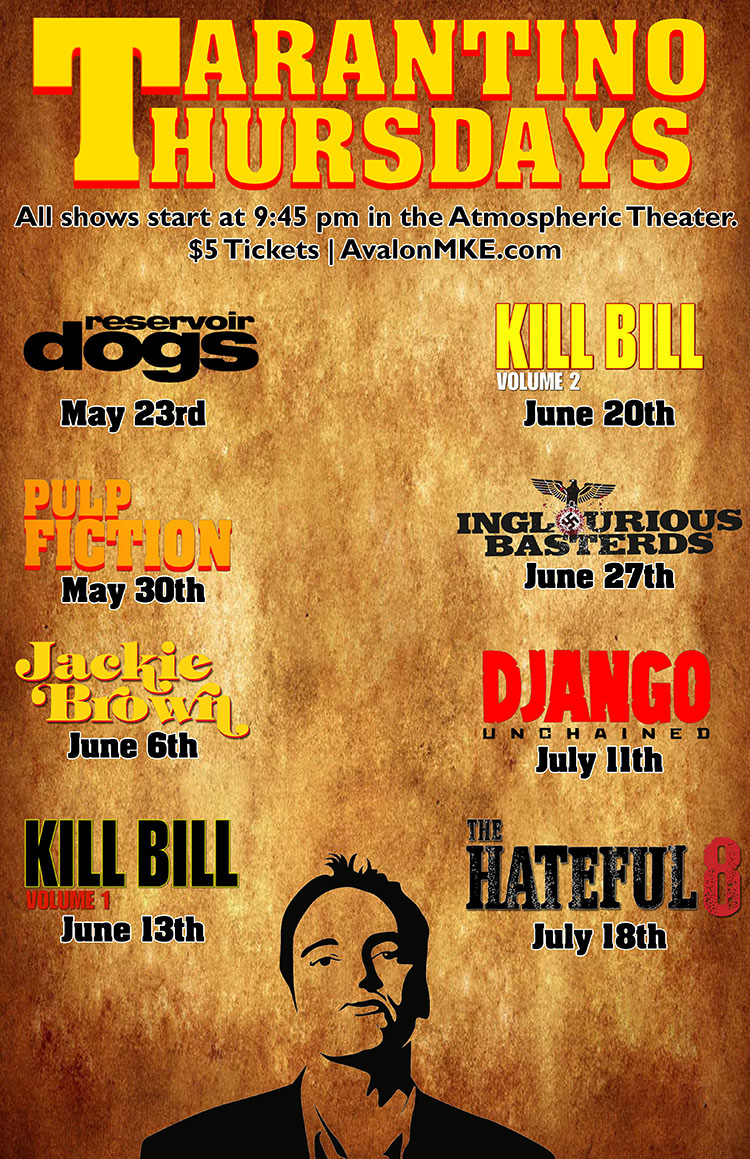