If it feels like Downtown Milwaukee’s skyline is different these days, it’s because it is. Big time. And one of the biggest additions just celebrated a milestone: This week, construction crews successfully installed “BMO” signage to the west side of the new BMO Tower, 790 N. Water St. When the signage is complete, nine 10-foot, four-inch-tall letters will grace three sides of the building.

“My colleagues and I have been excited about our future tower since it was first announced three years ago, and seeing the BMO letters being placed at the top of the tower reminds us that our upcoming move into our new Wisconsin headquarters is getting closer and closer,” says Jud Snyder, Senior Executive, Southeast Wisconsin, BMO Harris Bank, in a press release.

Crews “topped off” the 25-story tower back in June. Construction is expected to be completed by the end of 2019, and BMO employees are expected to move into their new digs in early 2020. 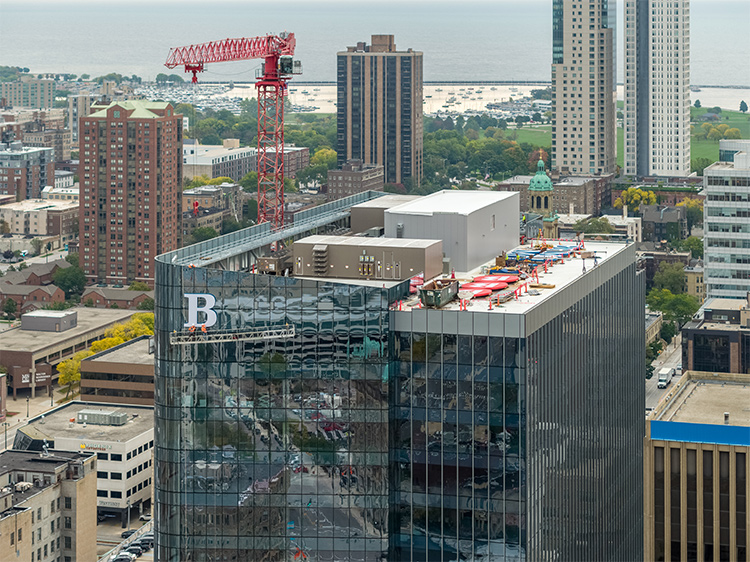 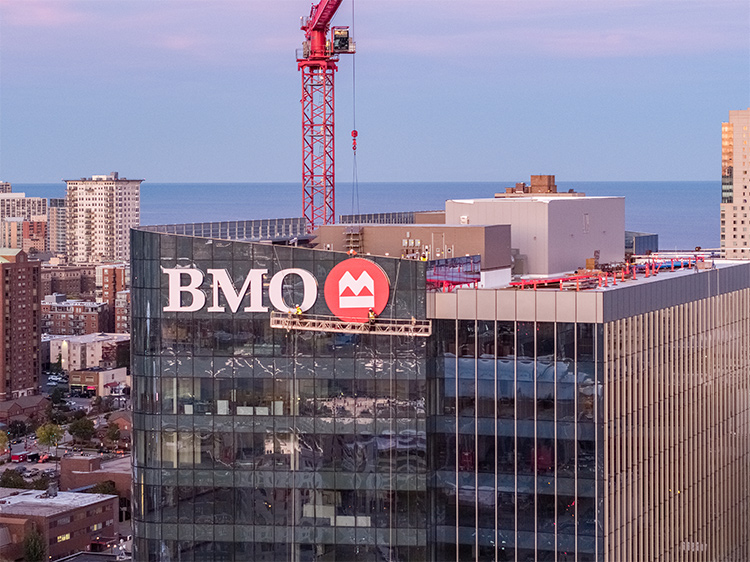 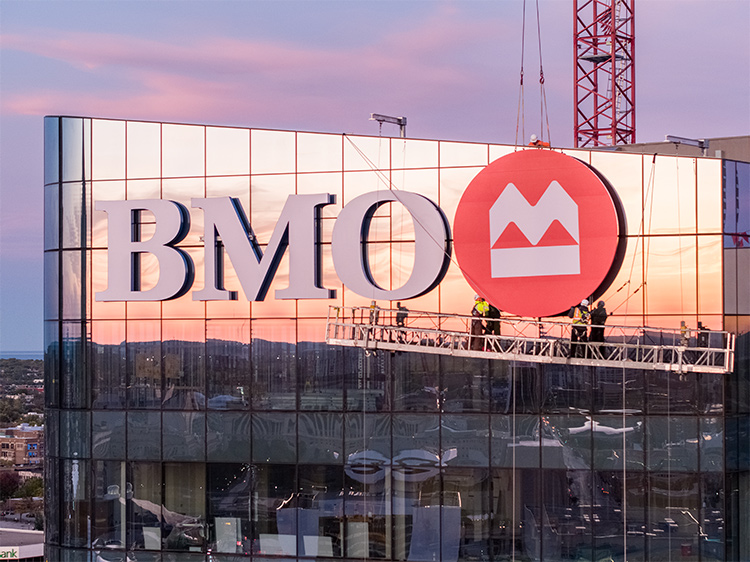 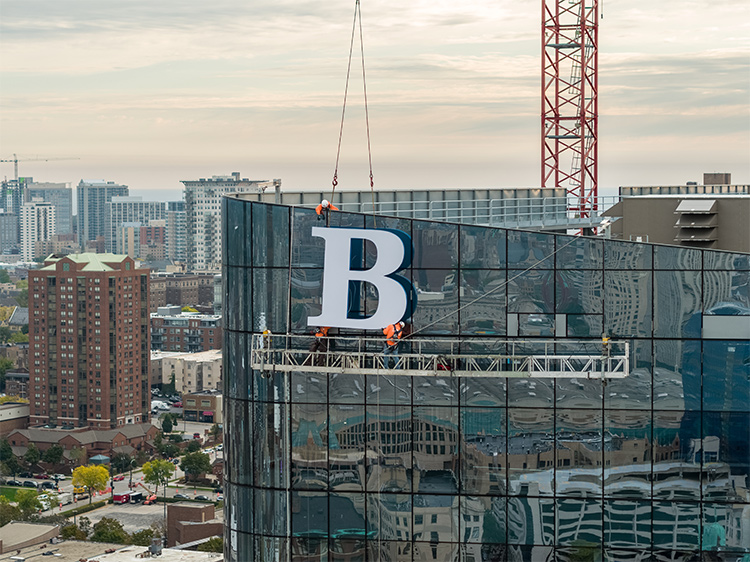 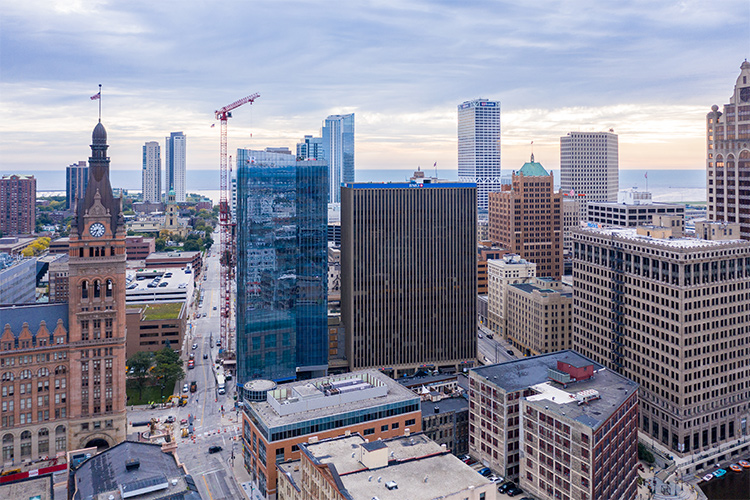