The “25 Facts” series features people, places, and stuff that make Milwaukee great. These articles are meant just for fun and we have nothing but love for everyone included. Brought to you by Boelter Blue.

When one thinks back on the world’s most important and influential pieces of music, a few specific selections will undoubtedly jump to the top of the list. Mozart’s Requiem, Woody Guthrie’s “This Land Is Your Land,” Chuck Berry’s “Johnny B. Goode”—all warm, salty garbage compared to the theme song from the 1980s animated television series Teenage Mutant Ninja Turtles.

Strong words about four strong turtles. And a rat. To change the words to such a musical masterwork would seem to many an act of sacrilege, but a few years back, a blog called XKCD did just that. Blogmaster Randall Munroe scoured Wikipedia for phrases that featured the same syllable stress pattern as “Teenage Mutant Ninja Turtles,” and could therefore be sung to the same tune.

In an effort to deliver the Ninja Turtle content we know our readers demand, we’ve borrowed XKCD’s idea and assembled a list of our own. The following Milwaukee-related phrases can all be sung to the tune of the Turtle theme song. We hope you will sing each of these songs while visiting the people, places, and things that are listed, and at a volume appropriate to the situation.

1. Hyatt Regency Milwaukee
– Did everyone call it “the hamburger building” as a kid, or just us?

2. Bounce Milwaukee climbing structure
– A good time “whether you’re 2 or 82.”

3. Coakley Brothers Water Tower
– Mobcraft even named a beer after it. Kowabunga!

5. Potawatomi Casino
– Their hotel is growing and their streetcar game is strong.

6. Taqueria Buenavista
– HQ’d in ‘Stallis, but their food truck on Chase is very worth a stop.

8. Uncle Wolfie’s Breakfast Tavern
– Coming soon to a Brewer’s Hill near you.

10. Bartolotta’s Lake Park Bistro
– Stellar French dining in a very pretty place. The Turtles have Italian names and live in a sewer.

11. Casimir Pulaski High School
– They should get the first Monday of every March off of school, right?

15. Educators Credit Union
– You don’t have to be an educator to join. Teach your friends.

17. Mayor Barrett Proclamation
– Can we please start singing this every time he does one?

18. Glorioso’s Arancini
– Italian stuffed rice balls you should get to know.

19. Boone & Crockett / Taco Moto
– Right on the river. Right off of South Water. Right on.

20. Palomino Hot Fried Chicken
– If you eat a family chicken dinner by yourself, they don’t judge. Trust us.

21. Ashley’s Outside Shoulder Dinner
– Some of Darnell Ashley’s finest work, and some of the very best Milwaukee has to offer.

24. Henry Louis Aaron Statue
– While some question whether statues should be erected to anyone anymore, all can agree that few deserve a statue in Milwaukee more than Hammerin’ Hank! Milwaukee would never build a statue for someone who didn’t really, really, really deserve it. 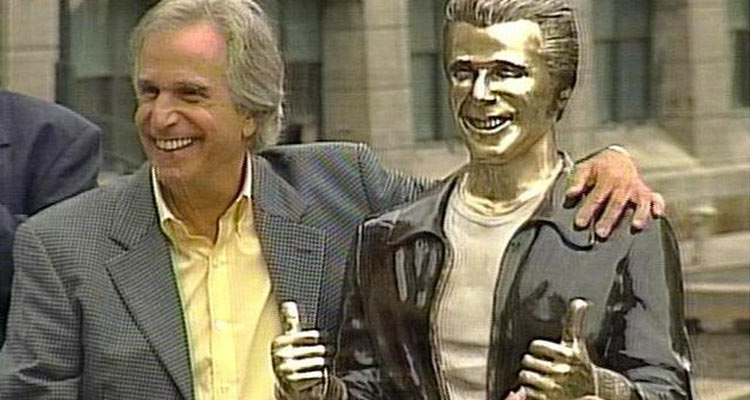