It’s the middle of the afternoon at an East Side hair salon and a member of Pet Engine, Stephen Ziel, is getting his hair cut by a former member of The Lovelies, Liv Mueller. Moments ago, Violent Femmes bassist Brian Ritchie was spotted lugging two bags of groceries out of Whole Foods. All that’s missing to complete this ’90s Milwaukee rock reunion is a sudden walk-on by Sammy Llanas or a guest appearance from one of the dudes from The Gufs.

Not that Ziel and Mueller are talking about the past. They’re looking ahead, tentatively, to a new collaboration, The Crystal Gayles. The country-tinged project may be a far cry from Pet Engine and The Lovelies, but the duo feels like it could be the start of something big. “We didn’t do a pinkie swear, but we should have,” Ziel says. “We said we’re not going to sit on this. We’re going to push as hard as we can to get this out as quickly as possible and see where it goes.”

The “this” in question is The Crystal Gayles’ first song, “Double Negatives.” It’s origin story is an unlikely and complicated one: At a show in the early ’00s (which found Pet Engine playing with the likes of Wilco and Fountains Of Wayne), Ziel met a young female country artist who was enjoying the spoils of a certified gold album and a number one hit song. (The artist is question shall remain unnamed here.) Her career soon sputtered. Recently, via social media, Ziel saw that her life was becoming more and more grim. He reached out. “I didn’t realize a lot of it had to do with substance abuse and a lot of other factors,” Ziel says. “I was trying to get her out of her shell. I scared her off once or twice, and then about six months later she called me up. That proceeded to be a two-hour conversation. She was telling me stories with incredible detail about her bisexuality, drug abuse, partying, smoking pot with Willie Nelson.

“At one point in the conversation I said, ‘You really need to get your career going again. You’ve actually lived a life now, you have ideas. You should take this stuff and use it as material.’ And that’s when she said to me, in a Southern drawl, ‘You’re the fucking songwriter, why don’t you do it for me?'”

So, after a few false starts, Ziel did just that, penning “Double Negatives” not as a self-pity song, but not as a redemption song, either. It’s a song about “getting high in the old days,” holing up in busted-up hotel rooms, and taking “pharms to make our heartaches go away.” It’s also a song about remaining positive in the face of life’s constant, oft-unpleasant twists and turns.

After cutting a demo with members of Pet Engine (the final version features Tad Unold on drums, Jasen Kinart on guitar and lap steel, Mike Bliesner on guitar, Paul Kneevers on keys, and Gina Romantini on fiddle), Ziel passed “Double Negatives” on to his old friend Mueller. “I was sitting in this very chair,” he says at the salon. “I said, ‘Liv, you’re not going to like this song. It’s my attempt at writing pop country. I just want your feedback. If you hate it, that’s fine, but give me some pointers.

“I gave her the CD. I got a phone call from her the next day and she said, ‘Steve, this is the best song you’ve ever written. I need to sing this for you.'”

And so “Double Negatives” took another turn, with Mueller now singing Ziel’s words, which were in turn written for someone else. Happily, the country vibe wasn’t a problem for Mueller: Prior to her run with The Lovelies in Milwaukee, the singer-songwriter cut her teeth playing in both Nashville and Austin. Post-Lovelies, Mueller has released two excellent, genre-defying solo albums, Love Songs For The Forlorn And Misguided, and Light Of The Valley Shadow Of The Mountain.

“For many years I was playing stuff that would be classified as rock,” Mueller says. “Although prior to The Lovelies I lived in Nashville and played country music. I got to a point, when The Lovelies broke up, that I felt calling anything ‘rock,’ or ‘it’s this or it’s that,’ was limiting.”

While both Mueller and Ziel are realistic about the time and effort needed to jump-start a new project, there’s no shortage of enthusiasm for the potential of The Crystal Gayles. “When I was listening to the finished song for the first time I was crying tears of joy,” Ziel says. “I started to realize this little thing, this thing that was just supposed to be for shits and giggles, was starting to turn into something.” 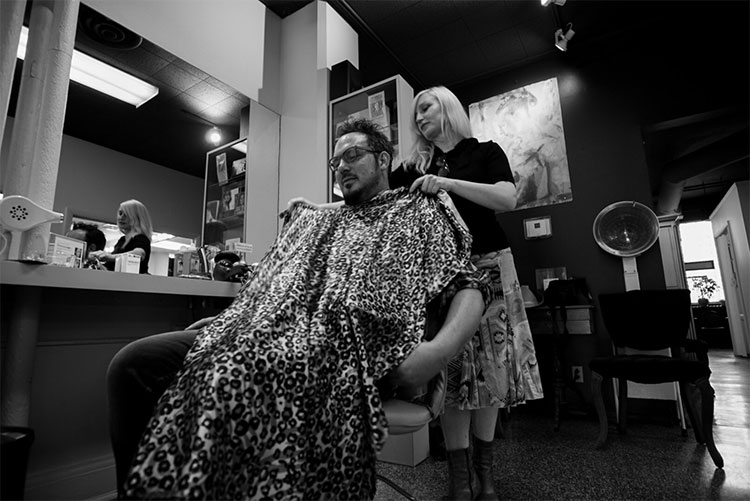