Last month, we announced that following a one-year hiatus (which organizers spent acquiring the former Metal Grill and renovating it to re-open as X-Ray Arcade), Dummerfest would be returning and The Lawrence Arms would be headlining. Though the headliner alone is well worth buying a ticket to the Saturday, June 22 affair, we were waiting with anticipation to see the rest of the acts.

Today, X-Ray Arcade announced the rest of Dummerfest 2019 lineup. A total of 13 bands will join The Lawrence Arms on a total of three stages (both indoors and outdoors). Doors will open at noon, and everyone will play half-hour sets. Oh, and there’ll be pre-show entertainment from Milwaukee’s own Legacy Pro Wrestling!

As of press time, only about 50 advance tickets are left, but 200 more tickets will be released at the door the day of the show for $50 apiece. Here’s who’s playing: 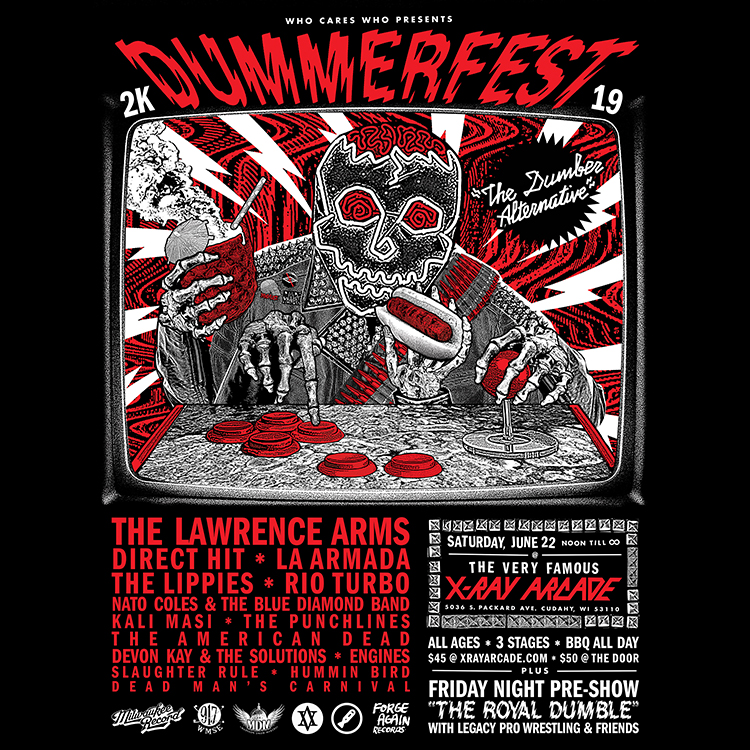