If you’re like a lot of Twin Peaks fans, you spent months out of this year in breathless anticipation of the return of FBI Special Agent Dale Cooper, who was right there in front of your eyes yet also not there at all. You then have an inkling of what many Mr. Bungle fans are going through as the current Dead Cross/Secret Chiefs 3 tour rolls on. There are Mike Patton and Trey Spruance, the two primary creative forces from Mr. Bungle, sharing the same stage every night with their own bands yet still not onstage together, and not even giving a cursory nod to their shared history.

That’s not to say the show at Turner Hall on Sunday night was unsatisfying by any means. Both artists have carved out a rich and varied catalog since the breakup of Bungle around 2000, and they’ve assembled some pretty incredible bands to play their music. But while Spruance is the sole mastermind behind Secret Chiefs, Patton joined Dead Cross after the group had already written most of its current catalog, replacing original singer Gabe Serbian prior to the band’s self-titled debut release. The position of hired gun is an unusual one for Patton; his larger-than-life persona tends to dwarf his collaborators’ in most projects he’s involved with, so Dead Cross is a particularly interesting endeavor, reducing him to a more or less straightforward hardcore vocalist. It may be a somewhat less challenging role than he’s used to, but he still managed to inject plenty of Patton-brand humor and weirdness into the performance.

He had his work cut out for him, having to follow up Secret Chiefs 3, whose dizzying technical prowess was matched only by the overpowering brute force of their heaviest material. Their serpentine instrumental pieces draw heavily from eastern European and Persian folk as well as metal, surf, and experimental electronic styles, occasionally recalling the genre mashups of Bungle but without all the goofing around. Drummer Peijman Kouretchian has returned to the fold after an extended absence, and it’s fair to say that this pairing of bands would be worth seeing for the drummers alone. Kouretchian faced the bigger challenge of the two, though; SC3’s songs are rife with unusual time signatures and sometimes far-flung stretches of improvisation in which the rhythm could easily fall apart, but Kouretchian managed to keep everything in line despite even his own chaotic spasms of noise. Spruance used a different implement for practically every song, some of the guitars and guitar-ish instruments designed and tuned specifically for SC3’s oddball non-Western harmonics. 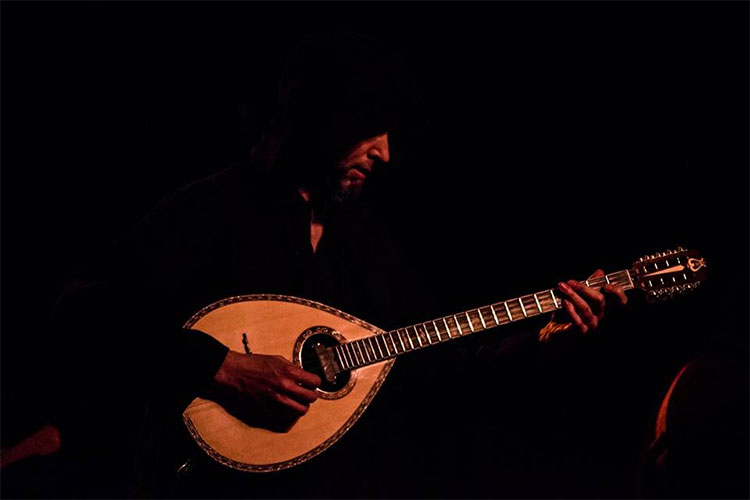 It’s hard to say whether SC3 were an appropriate choice to open the show. Their complicated music was a far cry from Dead Cross’s in-your-face hardcore, but they were undeniably loud and visceral when they wanted to be. It’s also difficult to say whether they upstaged Patton and his crew. Dead Cross stormed out of the gates with the first track off their album, “Seizure And Resist,” and only let up on the intensity for brief interludes of banter. On the surface, punk rock seems like somewhat of a waste of Dave Lombardo’s talent; he recently did a stint with the reunited “original” Misfits as well, but Dead Cross is certainly less traditional, giving the former Slayer drummer plenty of room to stretch out as well as showcasing his sheer ferocity.

In addition to every song from their album, Dead Cross played a couple of new compositions that were both on the relatively progressive side. The first new song in particular was somewhat reminiscent of Patton’s presumably defunct group Tomahawk, suggesting that the singer’s influence is already beginning to take prominence within the group dynamic. The band also played a few covers: Bauhaus’s “Bela Lugosi’s Dead” is actually on the album, but GG Allin’s “Suck My Ass It Smells” is not, more of an audience taunt than an actual song but the crowd ate it up. For the encore, more taunting: Lombardo started playing Slayer’s “Criminally Insane,” which the band indulged in for a few seconds of riffing before lurching into a few bars of Faith No More’s “Epic.” Due to this whole internet thing, most of the crowd probably knew this tease pairing was coming, and that the only actual song left would be Dead Kennedys’ blistering “Nazi Punks Fuck Off.”

Given that Mr. Bungle used to play Dead Kennedys covers occasionally, some fans might’ve taken this as a mild tip of the hat to that legacy, but it’s probably for the best that Patton and Spruance didn’t actually collaborate or offer any overt suggestion of a reunion. To try to recapture the madness of Bungle after nearly two decades of dormancy would be a fool’s errand, especially when everyone involved is making great music on their own. It will be interesting to see where Dead Cross goes from here, considering that the band’s sound already seems to be evolving. Whether Patton can stay focused on this particular project long enough to put out another album, though, is anybody’s guess. 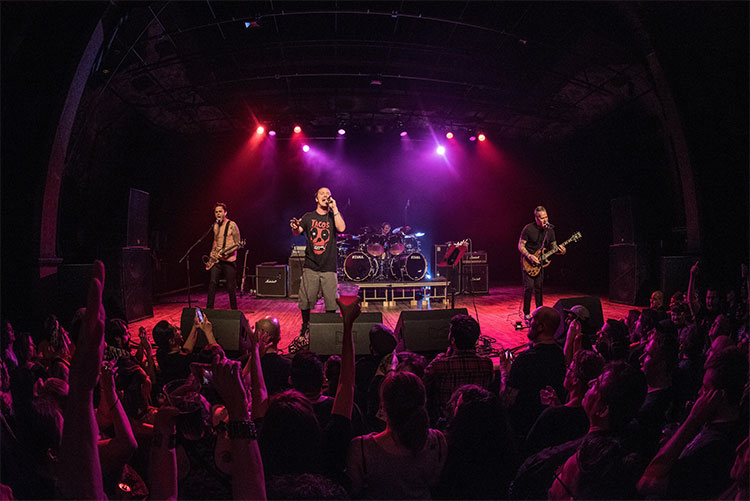