Last February, Ray’s Wine & Spirits and Indiana’s beloved 3 Floyds Brewing joined forces to help metro Milwaukee battle the winter blues with an outdoor celebration that was rooted in the love of beer and in defiance of cold weather. The mid-winter parking lot party at Ray’s was dubbed “Wückfinter.”

Following that successful first installment that consisted of rare tappings and woefully under-dressed drinkers refusing to bow down to the season, Ray’s and 3 Floyds decided they’d boldly take on winter yet again by bringing the event back in 2020. You’ve already been warned about the second annual Wückfinter, but you might not be ready for downright amazing beer list that will be coming to the “Rayborhood” from noon to 6 p.m. on Sunday, February 23.

This year’s Wückfinter will offer those who are bold enough to brave the elements an opportunity to enjoy more than 25 specialty craft brews from 3 Floyds, including some rarities like Alpha Kong and an aged and infused “French Vanilla Militia” variant of the brewery’s famous Dark Lord. There will also be spiked hot chocolate and an event-specific slushie that’s made with Deesko Berliner Weisse. Here’s the full list.

In addition to the incredible beer list, this year’s Wückfinter will offer amenities like an event-appropriate playlist curated by Rushmor Records DJs, oversized games like Jenga and Connect Four, a few outdoor heaters, and more. There’s also going to be some great food. The Vanguard and Bavette have been added as vendors this year. Like last time around, there will also be a food truck on-site that’s operated by 3 Floyds chef Cole Ersel (a Milwaukee expat, formerly of Wolf Peach). Here’s what Ersel and company have in store for Wückfinter. 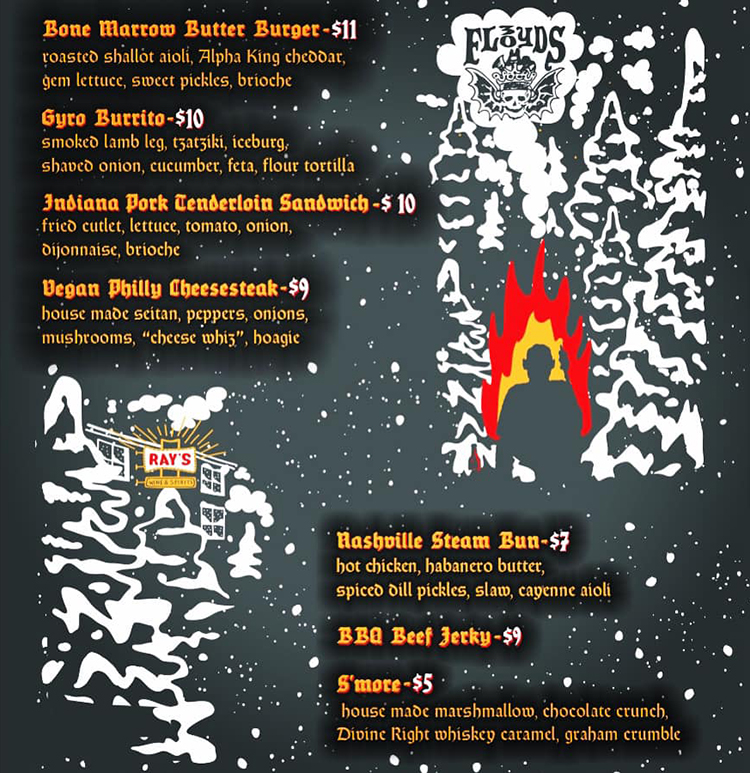 Now that you have a handle on what you’ll be able to eat and drink at the event, you should probably just go ahead and mark your calendar for February 23 now. Wückfinter is coming.