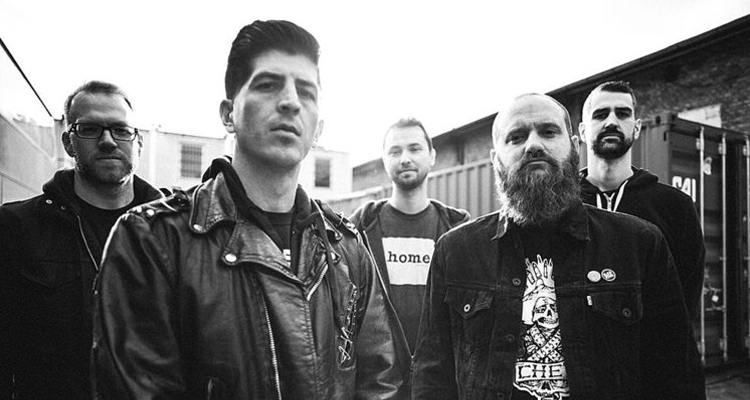 “Modern Life Is War was formed in the small town of Marshalltown, IA, in 2002 by five friends — vocalist Jeffrey Eaton, bassist Chris Honeck, drummer Tyler Oleson, and guitarists John Eich and Matt Hoffman — who shared the same dream of starting their own D.I.Y. punk band and somehow escaping the sleepy town where they grew up. By the end of 2003, the hardcore outfit had released their first 7″ single, recorded their debut album, My Love. My Way., and built a small fan base through constant touring across the U.S. In early 2004, Reflections Records licensed their debut and sent the boys on their first European tour. In 2005 the group signed with Deathwish Inc and spent the next few months writing and recording songs for what would become their second album, Witness, which was released in June 2005. Shortly after the album’s release, Hoffman exited the group to be replaced by Holland native Harm Haverman (formerly of Europe’s Reaching Forward and Razor Crusade). Deathwish reissued My Love. My Way. in fall 2006, as the guys spent time recording their third album. Honeck amicably parted ways in early 2007 and was replaced on bass by Tim Churchman (Spanish Bombs) around the same time that Modern Life Is War announced their signing with Equal Vision, releasing Midnight in America later that year.”