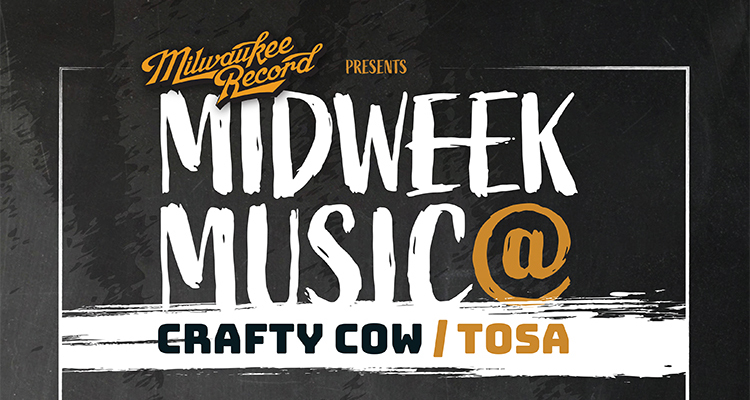 Every week in October and November, Milwaukee Record brought live music to the new Crafty Cow Tosa (6519 W. North Ave., Wauwatosa). The weekly concert series—known as “Midweek Music”—featured a total of eight Wednesday night performances from an eclectic array of local artists. There was no cover for these all-ages shows, and Indeed Brewing Company had select beer available for just $2 per pint. Yeah, we might be a little biased, but we thought it was downright awesome. But alas, it’s done for the year…or is it?!

Since all parties involved seem pretty happy with the series, we decided to add one more Midweek Music installment in 2021. Join us at Crafty Cow Tosa on Wednesday, December 15 for an extra special performance by Jordan and Ernie of Chicken Wire Empire. The show, which runs from 7:30-9 p.m., is free to attend. Like all other Midweek Music shows, Crafty Cow Tosa will offer $2 Indeed Brewing Company pints during the show. They’ll also have a “Cheap Date” special, which includes two entrees, an appetizer, and two drinks for just $29.

Prepare to say goodbye to 2021 with one doozie of a concert at Crafty Cow Tosa on December 15.