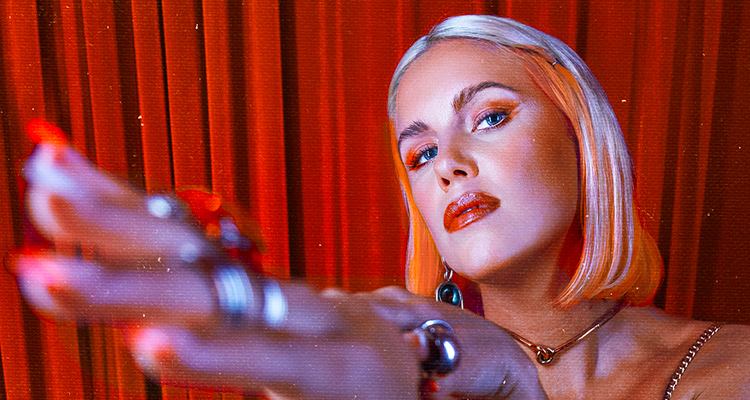 “Compounded with Weber’s ineffable talent — including the soul-igniting vocal presence she first developed by singing in a gospel choir all throughout her childhood — that joyfully uninhibited approach has brought a whirlwind of success in recent years. In 2016, Weber penned the opening track on Chance the Rapper’s ‘Coloring Book’ (“All We Got” feat. Kanye West & Chicago Children’s Choir), then saw the groundbreaking mixtape go on to win Best Rap Album at the 2017 GRAMMY® Awards, winning Weber her first GRAMMY®.

“Her most recent EP, ‘How Did We Get Here,’ produced by Louie Lastic and Jack Dine and featuring Masego, was hailed “a masterclass in moving production, radiant vocals and engrossing lyrics,” by the Milwaukee Journal Sentinel. Weber describes the EP as a project about renewal and comeback after a tough season.

“Weber has toured South America with Chance, North America with PJ Morton, and appeared on NPR Music’s Tiny Desk with GoldLink, all while continuing her work with ‘Grace Weber’s Music Lab.’ — a Milwaukee-based nonprofit she founded to offer free music education to high school students.

“On June 11, Grace Weber released her highly anticipated debut album, “A Beautiful Space.” Produced by The Social Experiment and boasting an array of collaborators and features including Chance The Rapper, Nico Segal and WESTSIDE BOOGIE, Weber has embraced total artistic freedom on her long-awaited debut album. With 12 tracks spanning soulful, gospel-influenced R&B and vibrant, feel-good pop, “A Beautiful Space” sees her navigate a journey of creative control, self-love, growth and resilience.”

The Back Room @ Colectivo