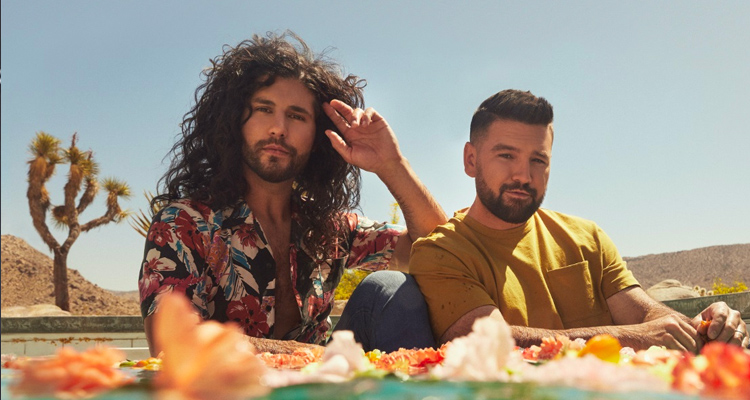 “Three-time consecutive GRAMMY Award-winning duo Dan + Shay are gearing up to get back on the road with their headline Dan + Shay The (Arena) Tour kicking off with new 2021 dates beginning September 9 in Greenville, SC. The trek will continue for 30+ dates before concluding on December 7 in Boston, MA and includes a stop at the famed Madison Square Garden in New York, NY on September 16.

“Alternative pop rockers The Band CAMINO and 3x GRAMMY nominee and multi-platinum-selling singer-songwriter Ingrid Andress will join The (Arena) Tour as special guests for all dates.

“The massive tour, presented by AEG Presents, marked a career milestone for the duo as their first ever headlining arena trek when it officially kicked off in March 2020 with three consecutive sold-out shows – two back-to-back in Nashville, TN and another in Columbus, OH. More than 40,000 tickets were sold across the three nights and as The Tennessean noted at the time, ‘Even with their three monster hits: “Tequila,” “10,000 Hours” and “Speechless,” it seemed like nearly every song was greeted like a single by the packed house.’”

“The tour was rescheduled due to COVID-19; all previously purchased tickets will be honored for new, rescheduled dates.”