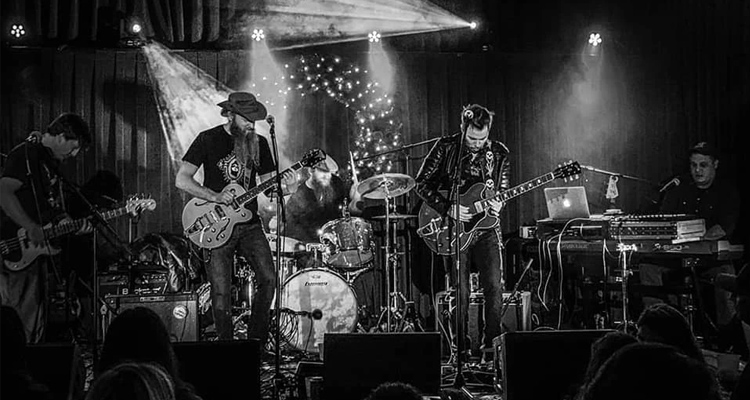 “Brothers Brian and Mike Kasprzak, guitarist Mike Friedl, bassist Dale Reince and Jourdain LaFrambois who plays keyboards have been fixtures in Milwaukee’s music scene – to one degree or another – since the mid-1990s.

“Now, they’ve rearranged themselves into Arrow, an all-originals band that exudes an Americana swagger with a healthy dose of 70s vibe and an edgy pop-rock sensibility. Brian, best-known as the front man for Mississippi Cactus, penned the new songs during the past few years, all the while looking for a way to bring them to an audience. “Since I’ve already given up on making money by playing music … it would be great to get some airplay, to feel relevant in an ever-changing music scene,” he said. Friedl played guitar for Mississippi Cactus, Dale spent several years with Clementine and Jourdain played in Big Falls and Ghost Apollo.

“Most recently, Mike and Brian perform as The Cactus Bros., a duo that focused on classic rock and country covers.

““The Cactus Bros. thing is great, but we’ve been playing the same covers for the last six years,” Brian said. “This is an opportunity to get people excited about our original music.””