The old Milwaukee Journal was one of the great regional newspapers in the country. No longer. Economics have forced incredible cuts. There are days when there are a dozen pages in the paper, and that counts the ads. Milwaukee needs another paper, unbiased, fair and interesting. That’s The New Milwaukee Journal. We will publish interesting stuff and important stuff.

It’s a war out there.

On one side are 60 sadistic devils who travel in bright white and blue jeeps, armed with paper missiles.

On the other side, there are the rest of us.

“I know this is a pipe dream, but you never can tell,” says Dave Begel on The New Milwaukee Journal‘s as-yet-unsullied GoFundMe page. “Dream on,” says Old Milwaukee Journal business reporter Tom Daykin. 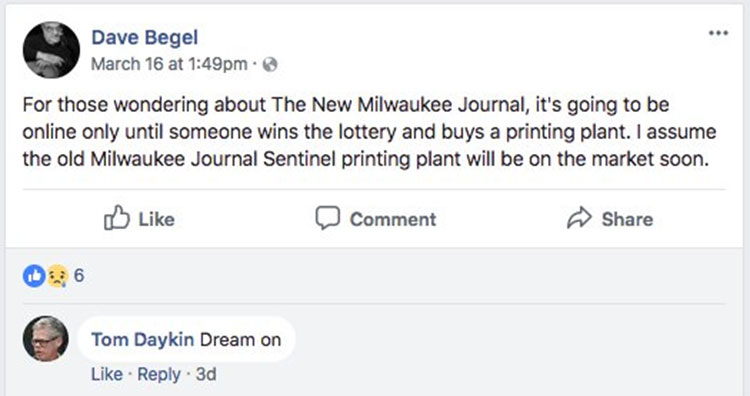